If ever there was a movie that could be called "virtually indescribable," this one is it. Loosely, though, it's about a con artist (Robert Mitchum) posing, or at least halfway believing himself to be, a traveling preacher who, during a short prison stay, meets a man sentenced to death, one who had stolen and hidden $10,000. The would-be preacher learns that the man will soon have a window (Shelley Winters), and an idea is born. What follows is half-gritty Depression era crime tale, half Southern Gothic/Grimm Fairy Tale (and or Good vs. Evil fable), as he tries to track down the money, via the widow's children. Now playing through July 23 at Watch TCM, available with a cable sign-in.


The film was panned by critics upon its release, and was a commercial flop. Largely given this, director Charles Laughton, the actor, never made another film. Nevertheless, the film has since become a cult favorite, with fans including Spike Lee, David Lynch, Martin Scorsese, Terrence Malick and Jim Jarmusch, as well as Joel and Ethan Coen.

Also starring in the film is Lillian Gish, she of D.W. Griffith's "Birth of a Nation" and "Intolerance."
posted by raysmj (15 comments total) 4 users marked this as a favorite
Those knuckle tattoos!
posted by infinitewindow at 11:25 AM on July 16, 2015

My partner and I watched this a few years ago around Christmastime, and since there's a Christmas scene in it, this has become "that Christmas movie with Robert Mitchum" to him.
posted by amarynth at 11:46 AM on July 16, 2015

In my world, Orson Welles got the financing and creative control for every movie he wanted to make and Charles Laughton had a long and distinguished directing career.
posted by computech_apolloniajames at 12:25 PM on July 16, 2015 [5 favorites]

The use of profile and shadow in this film is nothing short of stunning. It's a shame that we never got more films from Charles Laughton.

I wonder what will be the former critical flops->future cult favorites of this generation of films.
posted by JauntyFedora at 1:31 PM on July 16, 2015 [1 favorite]

One of the creepiest arty movies (or artiest creepy movies?) ever. Beyond being a cult/fan favorite, isn't Night of the Hunter also covered in like every single intro film studies or film history class textbook?
posted by FelliniBlank at 4:27 PM on July 16, 2015 [2 favorites]

This movie is so great and so... singular. There's nothing else like it, it's so dreamy and peculiar and scary and beautiful. Laughton was just a phenomenal actor. He elevated every film he was in and he was truly always worth watching... but it's possible he was even better as a director. We'll never know for sure.

People sometimes accused him of being a hammy actor, but I love a good ham. When an actor is truly engaged with the material, when he is clearly in the moment and having fun, that's what I love to see. I guess a detractor could say Laughton was hammy as a director too. He directed like he acted; giving it everything he had to give.

Add the Hernandez brothers to the list of artists strongly influenced by the film. Jaime in particular. You can kind of see it, especially in those stark nighttime scenes where his characters almost seem to glow in the dark. (It's kind of like Night of the Hunter crossed with Archie comics, a comparison that Hernandez himself would probably be flattered to hear.)

I wonder what will be the former critical flops->future cult favorites of this generation of films.

Unfortunately, as I've gotten older I've learned that one of the main criteria for "classic" seems to be stuff people loved when they were little. I see the folks on Buzzfeed going ga-ga for a movie like Jumanji and hailing it as a classic, and it's a little frustrating because if you saw that movie when you were older than 12 or so it was simply not good.

All those cruddy kid movies that come and go in a week? They're not gone for good, oh no. I expect that in the decades to come Robert Rodriguez's actual good movies will be relatively obscure and instead people will be all gooey for stuff like Spy Kids and Sharkboy and Lavagirl.

So, in the coming years we can be sure that freaking Frozen won't go away. The mania will quiet down for a few years, then when all of today's little girls are in their mid-late twenties we'll have to hear Let It Go all over again. Sometimes I think that twinkly little cubic zirconia of a movie may be the Star Wars for today's kids, the movie that defines their childhoods and that they will obsess over for the rest of their lives. God help us.
posted by Ursula Hitler at 6:11 PM on July 16, 2015 [2 favorites]

Robert Mitchum, I think, is really underrated as a film star. (I think? At least I feel that way). This movie was just devastating for the first two thirds until it devolves into that weird third act.
posted by MoonOrb at 11:01 PM on July 16, 2015 [1 favorite]

I remember wondering, while I watched this, how outside the experience of audiences at the time a movie revolving around kids being threatened with horrible murder would've been.
posted by CheesesOfBrazil at 7:31 AM on July 17, 2015 [1 favorite]

Robert Mitchum, I think, is really underrated as a film star. (I think? At least I feel that way).

I'm not sure about underrated, but I think he's definitely not as . . . immediately accessible or definable as a lot of other "leading men" of his era(s). As a kid in the 60s and 70s, I didn't care for Mitchum at all, but once I hit my 30s, I suddenly REALLY got him. The fact that offscreen he was dope-smoking cool cat who gave nary a fuck what anybody thought of him probably didn't hurt.

Whoa, the British Film Institute has Night of the Hunter in their Top Ten Films You Should See by the Age of 14. It scares the bejesus out of me as an adult; if I had seen it when I was 10, I'd still be having nightmares.
posted by FelliniBlank at 8:22 PM on July 17, 2015 [1 favorite]

If you get a chance to see the doc Charles Laughton Directs Night of the Hunter( it doesn't look like it's been released on disc or online), do.

That picture scared the hell out of me the first time I saw it (I was in college). That scene with Shelley Winters underwater -- yikes. Beautiful yet terrifying. And the scene with Lillian Gish and Mitchum, where she sings the right words to the hymn while he sings the wrong ones, makes me burst into tears for some reason. Can't quite say what kind of tears they are, but it always moves me.
posted by holborne at 3:21 PM on July 20, 2015 [1 favorite]

I didn't realize how tall Mitchum was until I saw him in Cape Fear opposite Gregory Peck. His voice was melted butter!
posted by brujita at 9:42 PM on July 20, 2015

If you get a chance to see the doc Charles Laughton Directs Night of the Hunter( it doesn't look like it's been released on disc or online), do.

This is on the Criterion Collection release because of course it is.
posted by Mothlight at 7:06 AM on July 21, 2015 [1 favorite]

Leaning...leaning...safe and secure from all alarms...
posted by justsomebodythatyouusedtoknow at 2:16 AM on July 22, 2015

Just watched this last night for, oh, the fourth time? Still so, so good. My favorite thing about this film is how American it is. The Depression, the river, the small town religion, the ice cream shop, the evil preacher. And with an expressionist film palette to highlight the mythology of it all. The climactic scene where Robert Mitchum and Lillian Gish sing the duet is spine tingling.

Everyone focusses on Robert Mitchum but it's Lillian Gish that's the magnetic center of the film for me. She's just phenomenal. Casting Gish seems particularly inspired. She was still working at the time, but was long past her silent ingenue days. But she's still amazing and holds the camera. What a fantastic actress.

All the adults fail John and Pearl. Their mother fails to protect them, Mrs. Spoon unwittingly invites the predator in, even Uncle Birdie is drunk at the crucial moment. But Mrs. Cooper is there for the little lambs. The scene where Ruby comes to her in anguish because she's been seeing men and Mrs. Cooper forgives her... "You were just looking for love in whatever foolish way you knew how". Such empathy and magnanimous love, brings me to tears every time.

I think the best bet for seeing Charles Laughton Directs Night of the Hunter is the Criterion edition. Gitt wrote a short article about making the documentary back in 2003, it gives you an idea what he found.

One other production detail: how they made the underwater shot of Willa's body. Wax dummy in a water tank.
posted by Nelson at 7:54 AM on July 11, 2017 [2 favorites] 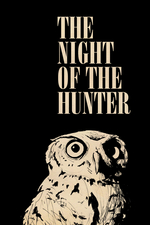