In the wake of the ratings bonanza caused by last week's tragedy, Chet and Quinn pitch a spin-off to the higher-ups. Rachel is promised the showrunner position, and is tasked with convincing Adam that he wants both to get married to one of his final 3 during a 2-hour Everlasting special, and to sign on for Royal Love, a UK-based spin-off featuring him and his new bride.


Also this week: Chet promises his soon-to-be ex-wife $50 million for a divorce settlement, then proposes to Quinn, who accepts. Later, Quinn espies Chet in a compromising position with a young PA, which fuels Quinn's instinct to produce Chet into getting married ASAP, presumably to later take him for all he is worth.

Likewise, Jeremy finally dumps fiancée Lizzie, and expresses his desire for a real and committed relationship with Rachel...who jumps into bed with Adam this week, and not just to spoon this time.

On Everlasting? Despite the departure of 2 contestants last week (wouldn't they have a contractually-mandated number of episodes to produce, which should have necessitated a non-elimination week?), Adam extinguishes Shamiqua's flame, who proclaims the entire ordeal a waste of her time. This leaves Faith, Grace, and Anna left to vie for Adam's heart...which of course means, it's a face-off between the network higher-ups demanding Grace for the UK-based spin-off Royal Love up against Rachel's pitch to Adam for Royal Renovations, featuring Anna at Adam's California vineyard and inn.
posted by joan cusack the second (9 comments total) 2 users marked this as a favorite
Great recap! I was bummed that they didn't develop Shamiqua's storyline and character more over the course of the show. I wanted to see more of her and by extension the racial politics of the Bachelor franchise, which this show has touched on but not devoted a huge amount of time to. If the show has another season (has it been picked up for Season 2? Hope so!) I hope they do more of that.

LOVED the Quinn/Chet storyline, mostly because I am, against my better judgment, rooting for Quinn to be truly happy, and Chet is clearly an insane gross person so I was glad Quinn finally realized it. I was sad about the young PA in that situation though -- another instance of potentially nonconsensual sex that is used as a plot point without a lot of discussion. Yuck.
posted by rogerrogerwhatsyourrvectorvicto at 10:14 PM on July 21, 2015 [1 favorite]

I'm also bummed that they didn't do more with Shamiqua's storyline (as well as Jeffrey's and Athena's storylines) for the same reasons you mentioned, rogerroger.

My other big disappointment with this episode was Rachel and Adam finally hooking up. I didn't realize until that moment how much of my enjoyment of this show hinged on the fact that I couldn't tell if A) Rachel was producing Adam, B) Adam was producing Rachel, C) they were both producing each other, or D) no one was producing anyone. And now it seems like it was D all along, which is less interesting to me, although I also agree with the AV Club recapper that theirs is the only "romantic" relationship I remotely care about. Besides Faith and Amy, of course.
posted by joan cusack the second at 10:57 AM on July 22, 2015

Ugh, how is this show so watchable? I find every character in it either boring or repulsive, but somehow I can't stop wanting to look at Shiri Appleby's amorally conflicted little faaaaaaaace.
posted by kythuen at 2:36 PM on July 22, 2015 [6 favorites]

Yay, Season 2! Totally agree kythuen... It's like movie popcorn, which I never buy but somehow when my friend shares hers with me I end up eating half of without realizing...

I am also not a fan of Rachel and Adam hooking up -- I liked the possibility of their hooking up hanging out in the ether but now it's so darn literal.

I have a question about Chet to anyone who returns to this thread (I'm not a frequent Fanfare user so don't know how this usually works). Do you think he cheats on Quinn because he doesn't love her? Or does he think of her as his #1 and just sees sex as a completely separate activity? I find his character very interesting because he seems mentally unhinged but at the same time incredibly strategic. I'm wondering if the $50 million he's claiming to have to pay his ex-wife will come back to bite Quinn in the butt -- he's so sketchy, I can see him entrapping Quinn in some sort of debt if she does try to screw him over. She's not as conniving as he is. What a show, that I'm seeing Quinn as some sort of moral character...
posted by rogerrogerwhatsyourrvectorvicto at 9:04 PM on July 22, 2015

Chet is a complete asshole and I hate everything about him. I am undecided if he's deliberately an asshole or if he thinks he's a nice guy, though.

Rachel and Adam are absolutely playing each other, and they both know the other is doing it. I don't care about them exactly, but I do find them interesting and a good if essentially amoral pair. That said, I don't want next season to be Royal Love or Royal Vineyard or whatever.

Chet eating slices of cheese throughout his entire conversation with the young PA was by far the best dairy-related nonverbal characterization I've ever seen.
posted by telegraph at 10:40 AM on July 24, 2015

Do you think he cheats on Quinn because he doesn't love her? Or does he think of her as his #1 and just sees sex as a completely separate activity?

Also, Rachel and Adam are making me crazy because on the one hand, I'm like, surely this is a set up. Because if it weren't a set up, we would have gotten a KISS first. But if it's not a set up and we didn't get a kiss first, I am so confused and put out.
posted by headspace at 5:14 PM on July 26, 2015 [1 favorite]

My husband pointed out to me that Chet really should've been played by Bruce Campbell. Once you imagine even one of his lines being performed by Campbell, you can't unsee it.
posted by meese at 6:21 PM on May 9, 2016 [1 favorite] 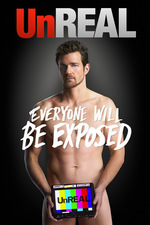