Prince Hamlet struggles over whether or not he should kill his uncle, whom he suspects has murdered his father, the former king.


Wikipedia provides a good summary of the film (see link for footnotes):

"Hamlet is a 1948 British film adaptation of William Shakespeare's play Hamlet, adapted and directed by and starring Sir Laurence Olivier. Hamlet was Olivier's second film as director, and also the second of the three Shakespeare films that he directed (the 1936 As You Like It had starred Olivier, but had been directed by Paul Czinner). Hamlet was the first British film to win the Academy Award for Best Picture. It is also the first sound film of the play in English. A 1935 sound film adaptation, Khoon Ka Khoon, had been made in India and filmed in the Urdu language.

"Olivier's Hamlet is the Shakespeare film that has received the most prestigious accolades, winning the Academy Awards for Best Picture and Best Actor and the Golden Lion at the Venice Film Festival. However, it proved controversial among Shakespearean purists, who felt that Olivier had made too many alterations and excisions to the four-hour play by cutting nearly two hours' worth of content. Milton Shulman wrote in The Evening Standard 'To some it will be one of the greatest films ever made, to others a deep disappointment. Laurence Olivier leaves no doubt that he is one of our greatest living actors… his liberties with the text, however, are sure to disturb many.'"

From the Internet Movie Database Triva page for this film:
"There are more things in Heaven and Earth, Horatio, than are dreamt of in your philosophy."
posted by joseph conrad is fully awesome (6 comments total) 1 user marked this as a favorite
YouTube: Olivier's Hamlet film (1948): To Be Or Not To Be soliloquy

I also found this interesting - from Wikipedia: "The cinematography, by Desmond Dickinson, makes use of the deep focus photography previously popularised in films directed by William Wyler and Orson Welles."
posted by joseph conrad is fully awesome at 7:16 PM on September 14, 2015

From Olivier to Benigni. Yeesh.

Have to admit I'm not particularly enamored of this version of Hamlet. Between cutting nearly half the play and leaving out Rosencrantz and Guildenstern, I always viewed this as sort of a Hamlet-lite. Ok for what it is, I suppose, but not really Hamlet. It's kind of like watching "Forbidden Planet" and saying you've seen "The Tempest."
posted by holborne at 10:47 AM on September 15, 2015

Part of the inspiration for Rosencrantz and Guildenstern are Dead, though, so it's got that going for it.

I've taught it to students in intro to literary analysis, actually, and it still holds up fairly well; Olivier is terrific, of course, but the students get interested in the implications of all the edits, especially when compared to the mammoth Branagh version.
posted by thomas j wise at 2:16 PM on September 15, 2015

I think that Branagh's Hamlet is the only film adaptation that contains the full text of the play. Most versions are pretty heavily abridged.
posted by octothorpe at 6:22 PM on September 15, 2015

I have to say, the adaptation that gave the most new depth to my appreciation of the play is Ryan North's Choose-Your-Own-Adventure version. I'm not joking... The book is funny and silly and a game, but it also provides some critique that helped me see the play, the characters, and the characters' motivations (especially Ophelia's) in a new light.

Branagh's version contains a full text of the play, anyway...but that gets into a lot of esoteric textual arguing that (as far as I know) only I find interesting, so I'll stop there for now.
posted by Mr. Bad Example at 8:28 AM on September 16, 2015 [1 favorite] 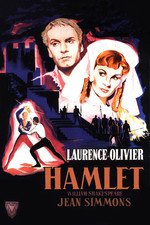