A young boy is arrested by the U.S. Secret Service for writing a computer virus and is banned from using a computer until his 18th birthday. Years later, he and his new-found friends ...


Hackers came out in theaters 20 years ago today. I've watched this movie waay too many times. And I still watch it quite often.

Let's discuss it. Let's discuss if you like it or not. What you like or dislike about it. How many times you've seen it. Various trivia or inside jokes. Stuff like that.

Let's talk about Hackers.
posted by I-baLL (21 comments total) 12 users marked this as a favorite
I'm still trying to score a mid-90s goalkeeper jersey, in part because of the movie.
posted by lmfsilva at 11:21 PM on September 15, 2015

Always amuses me that the British hacker is Dave 'Eurythmics' Stewart... apparently those foreign reinforcement scenes where shot with no budget, like the Japanese one was shove anything vaguely Asian looking we can fine in a spare corner of the studio and hope for the best
posted by fearfulsymmetry at 2:03 AM on September 16, 2015

I have a vague recollection of watching a trailer for this with a friend. We were in high school, and even then we were skeptical about the movie being good.

Then I saw it. Then and now, I LOVE this movie. I'll admit, this is probably shaped by the excellent 1990s "electronica" soundtrack (46 track playlist on YouTube) - I have the original soundtrack CD and I still listen to it from time to time, and from that I got Josh Abrahams The Satyricon, which is an overlooked gem of 1990s electronic music. I think I also own the movie on DVD, which I got from a cereal box mail-in, of all things.

I also love the over-the-top cheesiness of the "hacking" culture in the movie. At the same time, there were some accurate portrayals of hacking - "social engineering" aka getting people to just tell you key information was and always will be an avenue for exploiting systems. Also, don't hack a bank across state lines, are you stoned or stupid?
posted by filthy light thief at 7:27 AM on September 16, 2015 [2 favorites]

This movie has a lot of sins, but introducing me to Cowgirl by Underworld more than absolves them.
posted by Parasite Unseen at 9:10 AM on September 16, 2015 [2 favorites]

All of this movies sins are, like sodomy and shellfish, the wonderful kinds that nobody is really going to mind in the long run.

It's probably because of my age when it came out (not quite 21) that this is a movie that I feel like I love both genuinely and ironically at the same time. My feelings are so strong I've never quite been able to figure out how to separate them.
posted by MCMikeNamara at 9:58 AM on September 16, 2015 [9 favorites]

I was recently teased when I mentioned how much I coveted Angelina's dress in the last scene (the date) of Hackers.

I still have a lot of feelings about this damn movie and will drop everything to watch it anytime I happen to bump into it on TV.
posted by Stacey at 5:31 AM on September 17, 2015 [2 favorites]

I have the original soundtrack CD

I was 13? when this came out and it really made me feel like all my rollerblading and going to raves was really noble and worthwhile.

A real attraction/repulsion moment of feeling both enthralled and super embarrassed.
posted by French Fry at 8:07 AM on September 17, 2015 [1 favorite]

Oh my god, i've been looking for this track for WAY over a decade. I swear it's not on the CDs of the soundtrack i've found.

Wasn't there a more laid back version of this track in the movie though? It was basically the part that starts at 1:51 or so, but with a subdued synth bassline backing up the arp lead... hmm. I totally remember that from one of the shots of them panning across the 3d towers of the Gibson.

That song is a nuclear earworm. It's basically been stuck in my head off and on since the first time i saw the movie in probably.. 1999 or something?

I was recently teased when I mentioned how much I coveted Angelina's dress in the last scene (the date) of Hackers.

I've wanted Dade's jacket since i was a kid. I saw one almost exactly like it in a lower east side consignment shop a few weeks ago, and almost pulled the trigger even though it was $200. I keep trying to tell myself i'd look like as much of a doofus as the people who wore Drive scorpion jackets, but the pull is no less strong after all these years.
posted by emptythought at 8:03 PM on September 17, 2015 [3 favorites]

emptythought: Yeah, that track has never appeared on the soundtracks. I don't remember the reason why.

Also, Joey's mom is literally his mom. As in she's the mom of Jesse Bradford who plays Joey.

The movie was made in 1994 and had as its technical adviser, Emmanuel Goldstein, editor of 2600 magazine , a hacker zine which has meetings all around the world. The other adviser was a young 16-year old kid named Nick Jarecki who had been attending the NYC 2600 meeting for a few years. The cast and crew visited the nyc2600 meeting for research and inspiration and, uh, yeah, that's pretty much it for this sentence.

I was like most people and thought that a lot of the talk was just mumbo jumbo. Then I found a book from the 1980s regarding computer viruses and I realized that most of the talk was a massive amount of injokes.

A "rabbit" is program that either replicates itself or does actions that take up the resources of a system until the system halts.

"FluShot" was one of the first commercially available antivirus program.

The "Arf Arf" virus? Same thing. A variant of the Vienna virus that printed the words "Arf, Arf! Got you!" on the screen as it did its business.

Dade hacking the tv network? That was also realistic. Somebody I know who worked at a tv station with similar equipment once rewrote the scene with the actual screen prompts from the video tape switching system.

Hmm, what else? Oh, yeah, in 1994 2600 magazine organized the Hackers On Planet Earth conference or HOPE for short.

The slogan of the conference? "Hack the Planet" which is what Dade yells out as he's being arrested at Grand Central station. Also, when Acid Burn says "you coming?" to Dade when they're leaving the subway train, there's a HOPE bumper sticker to her..uh..left? Wait, was it on the other side of her? Well, either way it's to the side of her. Another sticker is present on Phantom Phreak's wall when he's ripping up all the printouts in his "I'm about to be arrested" dream. It's on the right side of the frame. It's yellow.


Oh, 2600 magazine is present in a few shots. The bird's eye view of Acid Burn getting ready for their challenge. She has that weird see through top. In front of her, to her right, our left, are 2 issues of 2600 magazine. Or at least I think it's only 2. I don't have the movie with me at the moment.

When Joey is meeting up with Phantom Phreak to give him the disk, Marc Anthony is reading an issue of 2600, the other FBI agent is taking photos with a Nikon camera, and the hippie girl in the middle is reading "Way of the Peaceful Warrior".

Oh, and they did start filming using real user interfaces including the command line but that proved to be mostly boring. That's why they did the overlays. You can still see the original interfaces when Dade's in OTV and Acid Burn messages him to leave then you can see the actual cli command in the upper left corner of the screen. Also, you can see Joey's Mac interface on his computer.

You see Dade's dad in the beginning but then he disappears. The Plague later says later on that the parents divorced and that "the boy chose to stay with his mother."

Only Kate Libby's mom is mentioned and referenced.

Phantom Phreak's mom is the only parent of his that we see. It seems like he's living only with his mom.

The Plague escapes in the end but then Lorraine Bracco says that "I know where his mother lives!" and we see Plague getting apprehended on a plane. He's presumably going to his mom's place. (Also, if I remember correctly, he's traveling under the pseudonym of "Babbage" as in Charles Babbage, the inventor of computers)

Cereal Killer's parents are referenced as "His parents missed Woodstock and he's been making up for it ever since." We're not sure if this is a joke or the truth. As in, we don't know his exact relationship with his parents though apparently he's always carrying a toothbrush since he never knows where he's going to spend the night.

So basically the movie leans heavily on hackers and their relationships with their moms. Not sure what that means but it's interesting and does stand out.
posted by I-baLL at 1:51 PM on September 18, 2015 [4 favorites]

It is interesting, I-baLL. I wonder if it's a coincidence that Sneakers had a main character named Mother?
posted by infinitewindow at 5:09 PM on September 30, 2015

I think it is a coincidence since Sneakers came out in 1992. I think "Mother" in Sneakers may be a reference to "Ma Bell" which was the nickname given to the Bell Telephone Company/AT&T.
posted by I-baLL at 6:32 PM on February 12, 2016

I was thinking maybe there was more of a thing where your classic 60s and 70s hackers had weird relationships with their mothers.
posted by infinitewindow at 8:28 PM on February 13, 2016

An example of why this movie is so great happened on the last weekend in February. I was in a hotel room with friends and I put on Hackers in the background as a joke. Muted, with subtitles on. Went out to get pizza and came back to the volume on the tv raised up and everybody sitting around and just watching the movie. It's value on the rewatchability scale(tm) is insane.
posted by I-baLL at 2:15 PM on March 7, 2016 [1 favorite]

(oh, and I just finished reading the novelization of the movie 2 weeks ago. It's pretty good and is based off an earlier draft of the script.)
posted by I-baLL at 2:16 PM on March 7, 2016

I watch this every six months or so (like I-baLL says IMO the rewatchability is really high) and have many of the soundtrack titles on my regular playlists. Despite the implausibly of the tech of the main plot arc it references all sorts of things that were really happening at the time and is a pretty fun watch.
posted by Mitheral at 9:11 PM on November 5, 2018 [1 favorite]

Having recently rewatched this, my take is that this movie is a Golden Retriever: it's dumb as heck but also just plain too big, pretty, loud, and fun for anybody to hold that against it.
posted by Pope Guilty at 5:19 PM on April 17, 2022 [1 favorite] 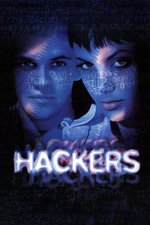