Dean's faced with brutal reality (in the form of Natalie Morales, Voice Of Reason) when he finds out that solving a case like he did on TV doesn't work in real life. OR DOES IT?!


The show starts with really amusing meta second episode commentary. So we're down with this premise of a non-lawyer faking being a lawyer, right? Sure we are! Anyway, Dean wants to "let the case pick us," and he's enticed by the case of Trevor and Dawn, fired for dating each other at work even though there was a clear policy about it. Dean tries to solve this TV-style and is rebuffed awesomely by Claire (Natalie Morales), the voice of reason who points that lawyering doesn't work that way. This absolutely crushes Dean's poor wittle soul. He lost!

Meanwhile, Stewart's concerned with his similarities to Pincus, the huge dork on The Grinder who was always trying to yell "The Grinder" out of doing whatever he was doing. This horrifies him. But he realizes that the only way to get Dean's spirits up again is to play Pincus to him...which works wonders.

Much to the surprise of any sane people, somehow Dean's TV tactics of dragging the case out make the other side say, "Fine, I'll hire them again," and Dean insists on a dating policy change. Look, he won anyway! Though in the end, apparently Claire's been hired on by Sanderson and Yao. Dean is intrigued and looks forward to their budding sexual chemistry. Claire is all.... nope.
posted by jenfullmoon (3 comments total)
This episode didn't have as much intense banter as did the first episode, but I still really enjoyed it. I just could have used even more melodramatic pontificating about how terrible it is to lose.
posted by meese at 6:33 PM on October 7, 2015

Watching this, I thought, "Jeez, I hope Rob Lowe isn't being condemned to David Hasselhoff Hell, forced to an eternity of playing parodies of himself." I thought he held his own on West Wing, no easy feat with all those scenery-munchers on that show. This episode, this show, is actually kind of fun, though. William Devane, Fred Savage, Lowe, not really has-beens but rather guys that seemingly have lost their ways career-wise. Hope this show keeps the pot boiling, at least.
posted by Chitownfats at 3:16 AM on October 8, 2015 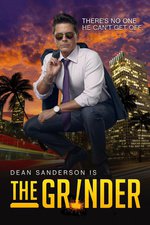