Not, as I assumed, some sort of concert documentary, but a farce portraying a sort of parody of a day in the life of the Beatles early in their career as they dodge hordes of screaming fans and commit shenanigans and hi-jinks on their way to a live TV concert. I found it charming and very funny.


I just watched this with my family and even with it's 99%-fresh tomatometer rating and ranking on various lists of all-time great comedies, I was still surprised at how much I enjoyed it. All four of the Beatles are charming, have great comic delivery, and even do some good bits of physical comedy. John Lennon, in particular, is as funny as any comic actor I've seen in a movie. Wilfrid Brambell is also wonderful as Paul McCartney's mischievous grandfather and got some of the biggest laughs from us.

But I think the director (Richard "Superman III" Lester!) and editor (John "A Fish Called Wanda" Jympson) deserve the most credit for what makes this movie work. It moves quickly and lightly, never stopping long enough for a joke or scene wear thin (with maybe a couple minor exceptions). Several of the best laughs come from perfectly-timed editing.

The music is wonderful, of course. "And I Love Her" in particular captures what a rich, beautiful sound the four of them could make together. And there are a couple scenes of them sitting around and playing "I Should Have Known Better" and "If I Fell" where they seem to be just having a great time making music together. But (especially during the final concert) I kept feeling the need to assure my kids, "No, really, later they wrote lots of more interesting lyrics than these dippy love songs." And we were all a bit appalled at some of the fundamental sexism back then. "Girls" in this movie pretty much only exist to be ogled, flirted with, or to scream ecstatically at the Beatles.

But we all loved the movie and I expect I'll enjoy watching it again soon with the daughter who wasn't with us. It's one of those movies with so many jokes going by so quickly I'm sure I missed several the first time. I definitely recommend this to anyone who previously dismissed it thinking it might seem dated or boring. It's delightful.
posted by straight (13 comments total) 3 users marked this as a favorite
This one is a lot of fun, though you're right that the sexism does stand out. (In fairness, though, I can't think of any fifty-year-old movies which are completely un-problematic. I'm sure there are some; Casablanca is even older and I remember thinking it was fairly progressive esp. for its time.)
posted by johnofjack at 4:47 PM on December 8, 2015

Yes, that's what I was trying to say by "fundamental" sexism. It's how lots of stuff was back then and I mentioned it not because it was particularly egregious in this movie but just because it's the only sense in which the movie seemed at all dated. Other than that, I think it's probably just as entertaining now as it was when the movie was released. And the reaction of my wife and daughters was more, "Hey some things have gotten better" than annoyance.
posted by straight at 11:17 PM on December 8, 2015

I'm always surprised when I see this film by how wonderful it is. Recently I've gone meta about it and have been surprised that I'm surprised.

I'd also like to commend Alun Owen's screenplay and John Junkin (as Not-Mal-Evans) and Norman Rossington (as Definitely-Not-Brian-Epstein).

FWIW, Help!, although also a lot of fun, isn't as grounded in reality and is considerably more... problematic. Which is probably worth knowing if you were thinking of scheduling it. (They don't even serve soup as such in Indian restaurants.)
posted by Grangousier at 5:29 AM on December 9, 2015

Spectacular use of Wilfrid Brambell.
posted by maxsparber at 1:30 PM on December 9, 2015

I don't know whether this is news to anyone, but Wilfred Brambell was best known even in 1964 for appearing in Steptoe and Son, about father and son junk dealers. The show's main catchphrase was Harry H. Corbett as the younger Steptoe calling his father "you dirty old man!" Which is why so many characters refer to how clean Paul's grandfather is.

John's "she knitted him" is a reference to the contemporary men's room graffiti :

1.My mother made me a homosexual .

Pattie is also one of the girls in the train compartment when John pretends to be an escaped mental patient.

I've always thought that Millie thinks that John is Ringo in the "she looks more like him than I do" scene.

I was wondering why Paul didn't get a solo scene like John pretending he's not himself, George talking to the trendsetters, or Ringo going for a walkabout.
posted by straight at 3:12 PM on December 11, 2015

While it's not a documentary, the writer did follow the boys around for awhile and noted some of their wittier comments, which did make it into the film.

I read a slightly different explanation for the running "clean" joke. Either way, I think it's funnier not knowing, so it's just a bizarre non sequitur.

When I finally got to see this movie (in a theatre, during a mid to late 80's re-release), I discovered just how old the EMI TV cameras at my university were. I learned on the same cameras that shoot their TV performance at the end.
posted by pmurray63 at 8:24 AM on December 12, 2015

PAUL 1994
(on a deleted scene from the movie)
PAUL: "There was a sequence that I was going to do, and to this day whenever I go past the pub in Shepherd's Bush I remember going in with Isla Blair and filming on the second floor. She was supposed to be the object of my desire, or I was of her's. That was the idea behind this little scene-ette. I had to sort of wander around her with the camera going round and round in circles-- all very sixties, all very French-- and I had to repeat these very quirky lines. We had a whole day of doing that, but it didn't work because it wasn't the kind of thing we would have done in everyday life. It was all a little bit too contrived."
posted by Grangousier at 7:36 AM on December 14, 2015 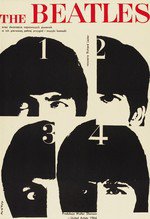