Jake's daughter Viola is up for a role in a play by a hot new director -- Lumpy Space Princess.

"You don’t need to have theater experience to appreciate this episode, and the general ideas of realizing one’s potential and seeking acceptance from others are universal. Paget Brewster gives a great performance as Viola, and her ability to bring gravitas to the dialogue of LSP’s play is essential to making this episode work. The final lines of 'Summer Showers' have a generic pretension that is often found in vanity plays, but Brewster imbues them with melancholy to finish the production with some real emotion. Her performance greatly impresses her father, and her confession that her original job was to put raindrop on coats doesn’t diminish Jake’s pride, it amplifies it, ending the episode with a touching moment of connection between father and daughter.

posted by joseph conrad is fully awesome (3 comments total)
I found this an unexpectedly moving episode; although everything hurls along at breakneck speed, some of the issues (like Jake's absentee parenting, and his anxiety over it) have depth that you don't expect in a cartoon.

It's also the most conventional narrative for an Adventure Time episode, and it's a reminder that a lot of the time, we don't need bizarro creatures or fantastic landscapes to deliver a compelling story.

Strangely I quite enjoyed LSP's abuse throughout the story, as it got more and more ridiculous (and also how all the characters just accepted it and worked with her). It makes the ending more touching when she has her revelation.
posted by joseph conrad is fully awesome at 10:26 PM on February 21, 2016 [1 favorite]

Interesting that you describe it as breakneck speed, I found it almost unbearably slow such that I couldn't really pay full attention the first time I watched it. The second time i thought it was marvelous. It still felt slow, but the slowness felt appropriate to the overall story, like the tone of the play matched the tone of the episode. Also I will never be able to read the word "Eng-gland" the same way again.
posted by bleep at 11:49 AM on February 22, 2016

I think the Jake / Viola scene was done with great conciseness; we didn't linger on the issues at play but the scene didn't feel rushed, either. 'Breakneck' might not have been the right word - probably I meant the whole thing was written with a tightness that a conventional storyline requires. I was quite tired last night when I wrote that.

I think the thing I was most impressed with is that it seemed *both* a send-up of vanity plays, and a loving portrait of them.
posted by joseph conrad is fully awesome at 3:37 PM on February 22, 2016 [1 favorite] 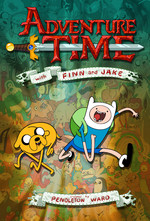