The chief scientific advisor of the British government is spotted in Vienna when he is supposed to be on vacation in Scotland. While investigating the possible defection, Burnside attempts to get approval to assassinate an East African head of state in retaliation for the murder of British citizens.
posted by Grimgrin (8 comments total) 1 user marked this as a favorite
In my Talk post on the series I referred to Willie Caine as "A lumpy bloke in a flat cap"; this is the episode I was thinking of for that description. Kane is deliberately coded as working class here. Its brought up explicit when Wellingham seems to think that Hopkins, a slight 53 year old bureaucrat will be able to outfox Caine, who is SIS's top field agent and an ex-Paratrooper. I also love the fact that Caine is faultlessly polite when explaining that he has permission to kill Hopkins.

This episode also further develops the central point about Burnside's character; he is his job to a degree that is by turns masochistic and sociopathic. He comes in to work in the morning even if he left at 5 that morning. He's willing to get back together with a woman who divorced him to try and get approval for a political assassination. His ex wife Belinda is a huge question mark in the series for me. Wondering who was she, how did that relationship happen, what was it like day to day. Also, she was apparently someone who could match Burnside blow for blow in an argument. There's any number of good reasons why she shouldn't appear in the series, but it would have been really interesting to see Burnside attempting to be human, and this poor woman trying to deal with him.
posted by Grimgrin at 5:41 PM on February 26, 2016

Well, Hopkins has the old school tie, and Caine was a sergeant (and he introduces himself as Willie!). It's surely no contest between them. I don't know enough about UK accents to place anyone.

Peele is concerned with maintaining the SIS's independence and keeping ahead of the CIA, things that maybe escape Burnside's notice.

C is a MUCH more nakedly political operative.

Burnside's sparring with his former father-in-law is fascinating. Permanent Undersecretary is the non-political civil service position that runs the office - Wellingham is very well placed. And Wellingham calls Burnside out on his maneuvering to place himself for promotion over his counterpart in D-Int. He's made every decision in a plausible, justified way to set himself up for Lutara.

The decision to assassinate also has other ramifications: signalling it's OK to knock off a head of state has consequences.
posted by the man of twists and turns at 7:59 PM on February 27, 2016

A guy tells his wife he's going on holiday fishing in Scotland but is seen in Vienna. See, my first thought is: he's having an affair. I guess that's why I wouldn't make it in MI-6, "I'm sure there's a logical explanation for this."
posted by TWinbrook8 at 8:05 PM on February 27, 2016

Its brought up explicit when Wellingham seems to think that Hopkins, a slight 53 year old bureaucrat will be able to outfox Caine, who is SIS's top field agent and an ex-Paratrooper.

I think Wellingham is referring to Burnside's mirror KGB operative, I can't recall the name, but he never shows his face and they're never actually sure he's there. But all the signs point to him coming out from behind his desk to run this operation, and he's the one they're both worried Caine won't be a match for, not the defecting Hopkins.

That this particular former agent is apparently running the defection pick-up is a big part of Wellingham's reasoning behind asking Burnside to go himself rather than send Sandbaggers 1 and 2. There's a weird symmetry going on in this episode. KGB has a manager out in the field picking up a defector, and Burnside is itching to back out in the field but on another mission. He wants to clear the Sandbaggers out of the office so he's the only one left to run the assassination attempt.

Makes me wonder about the internal machinations at the KGB that led to this former agent being called upon to pick up the science advisor.
posted by carsonb at 8:31 PM on February 29, 2016

A guy tells his wife he's going on holiday fishing in Scotland but is seen in Vienna. See, my first thought is: he's having an affair.

They rule that out very quickly, I forget how. They actually spend some time hoping it's a girl, since that would be much better/easier and less harmful than if Hopkins is defecting.
posted by carsonb at 8:34 PM on February 29, 2016

I can't recall the name, but he never shows his face and they're never actually sure he's there.

Is there any significance to the fact that Burnside drinks coffee instead of tea? Was regular coffee a thing in 1978 England, or is this to signify that Burnside is somewhat of an outsider? Or shaped somehow by his worldly experiences?

I thought this episode was much stronger than the first, and revealed Burnside to be more Machiavellian than the first, which made him more interesting to me.
posted by MoonOrb at 8:54 PM on March 12, 2016

Is there any significance to the fact that Burnside drinks coffee instead of tea?

He also doesn't drink alcohol, preferring to sip a Coke while others drink. My guess is you're right; the coffee/tea thing is just another way he sets himself apart from others.
posted by carsonb at 6:23 PM on March 13, 2016 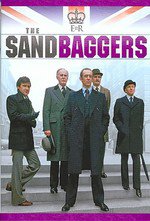