Raylan negotiates when a dangerous prisoner takes hostages. Raylan's affair with Ava inadvertently leads to Boyd being released from prison.


The "dangerous prisoner" is played by W. Earl Brown, lately discussed in these pages for his work in season two of True Detective. The episode also introduces Jere Burns as recurring character Wynn Duffy, in a scene lifted from Elmore Leonard's 52 Pick-Up (John Glover played the scene in the film).
posted by ubiquity (4 comments total)
I am ashamed to say Brown had not been on my radar until True Detective and this episode, but what an excellent actor he is! He'd be perfect to play James Crumley's low-rent detective Sughrue if anyone ever gets around to filming those books. His autobiography at IMDB is pretty amusing.

I thought the scene between Jere Burns and Natalie Zea here compared very favorably to the one between John Glover and Ann-Margaret in the film of 52 Pick-Up, in spite the Justified scene being directed by Jon Avnet, and the other being directed by all-time great John Frankenheimer. Glover does a great psycho, but he's a bit too psycho. Burns's Wynn Duffy seems much more like a person who could walk around in broad daylight without people noticing (at first) how crazed he was.
posted by ubiquity at 8:26 AM on March 3, 2016 [1 favorite]

Jere Burns is one of the all-time great TV sleazebags, and I'm glad he got to stretch that into scumbag in this show.
posted by Etrigan at 9:04 AM on March 3, 2016

Among the many quirky, colorful recurring minor characters on this show, Wynn Duffy is my absolute favorite.
posted by MoonOrb at 9:14 AM on March 3, 2016

I only know W. Earl Brown from Deadwood, where he played a criminal and Timothy Oliphant played a law enforcement agent. There may have been cowboy hats involved then, too... And bourbon... Hmmm.

I loved the happy feelings of after the whole scene was over and the SWAT team left and they thought, hey, let's just get that meeting with the attorney over with and BOOM. The bottom drops out.

This must have happened in quick succession from when Beau got out as in the previous episode we weren't sure if Boyd would survive in prison much longer without his dad. Otherwise Boyd would've had a few more bumps and bruises, I think.

Beau doesn't seem to have the Kentucky accent as much as Boyd. It makes me think he is a transplant to the area. But he must be a clever man, too, to have arranged his lawyer to get Boyd out. (That's what it seemed like, anyway.) The pie scene, though, was revolting.
posted by jillithd at 7:37 AM on March 4, 2016 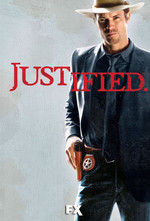