A husband and wife in their 30s decide to quit their jobs, live as free spirits and cruise America in a Winnebago.


NYTimes: A yuppie mid-life crisis is in the offing, and Albert Brooks has made it the basis for ''Lost in America,'' an inspired comedy in his own drily distinctive style. If Mr. Brooks isn't often laugh-out-loud funny, that's largely because so much of what he has to say is true. ''Lost in America'' follows the Howards, played by Mr. Brooks and Julie Hagerty, from a quiet dissatisfaction with their upwardly-mobile lives (''Nothing's changing anymore . . . we've just stopped ,'' Linda says) to an even bleaker realization of what their options may be. That it manages to find so much humor in so dismal a progression is amazing indeed.

Roger Ebert: "Lost in America" is being called a yuppie comedy, but it's really about the much more universal subjects of greed, hedonism and panic. What makes it so funny is how much we can identify with it.

crazy4cinema: Out of emotional pain comes biting humor and Brooks is a master at it. By the end of the film, I learned a very valuable lesson – be careful what you wish for. They wanted to drop out of society and they couldn't have done a better job if they tried.

Trailer
posted by MoonOrb (4 comments total)
One of the funniest, most underrated movies ever.
posted by The Gooch at 10:19 PM on March 13, 2016 [1 favorite]

It's a great movie because it punctures the whole mid-life fantasy of chucking it all, hitting the road, and finding American and your self with one truth that's so simple that it should be self-evident, but isn't: that living that sort of life (I wouldn't call it "yuppie" because the Howards just aren't that young) leaves them ill-prepared to cope with that kind of freedom, and freedom and America will kick their asses before they have time to learn. As with another great RV comedy laced with dark humor, About Schmidt, the best parts are the small moments; the one that really sticks with me is when Linda's teenage boss is enthusing about how she gets the fries right.
posted by Halloween Jack at 12:47 PM on March 15, 2016 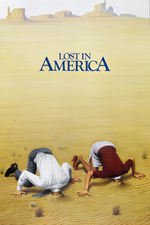