A graduate history student is unwittingly caught in the middle of an international conspiracy involving stolen diamonds, an exiled Nazi war criminal, and a rogue government agent.


Roger Ebert: I'm not a purist when it comes to thrillers, and with "Marathon Man," that's just as well. If a movie like this is going to work, it has to work moment by moment and scene by scene -- and "Marathon Man" does. There are all sorts of unanswered questions when the film's over, but I'm not inclined to hold that against it. I enjoy thrillers for the people and predicaments in them, not for their clockwork plots.

NYTimes: When the explanations do start coming, you may feel that "Marathon Man" is a kind of thriller that has run its course. High-level conspiracies really aren't that interesting unless we can get a fix on who is doing what to whom, which is never clear here. Yet the individual details of "Marathon Man," the performances, and the attention given to its physical settings—in New York, Paris and South America—keep one's belief willingly suspended by a wickedly thin thread.

For the first third of the film, Mr. Schlesinger manages to crosscut between two different narratives so effectively that it's almost a disapopintment when they come together, but though the plot is ridiculous, the film is richly fleshed out by character and and an intensifying sense of menace that doesn't rely on tricks. When a fellow, lying back in his hot tub relaxing, is suddenly disturbed by someone trying to break down the door, it's an assassin, not a steam-induced dream.

Which, I suspect, is why "Marathon Man" leaves one feeling comfortably exhausted and not cheated, as does a more serious but equally paranoid political thriller like Francesco Rosi's "Illustrious Corpses." "Marathon Man" hasn't a real idea in its head. It just wants to scare the hell out of you—and it does.

I have few favorite genres more than mid-70s conspiratorial paranoia movies, and this sits solidly with "Parallax View" and "The Conversation" in weaving a tangled story that winds up with nobody happy except the specter that motivated the plot.

Szell's journey out of the Diamond District was parodied in the Seinfeld episode, "The Doorman."
posted by rhizome at 3:56 PM on April 28, 2016 [1 favorite]

It's more subtle in the movie, but in the novel Doc (played by Roy Scheider) and Janeway (played by William Devane) are a couple.
posted by kirkaracha at 7:35 PM on April 28, 2016 [1 favorite]

Interesting, is it even hinted at in the movie?

I've read the book three or four times and have seen the movie a bajillion times. I think I was in Jr high when I first read the book in the late 70s and there was no doubt in my mind about the romantic implications between Doc and "Janey" but being young and...simple I thought that it was just a ruse to trick the reader until Janey was revealed to be a man, and the movie definitely reinforced this in my young mind. I haven't rewatched the movie in the last year or two but I'm not sure there's anything that seriously suggests otherwise in the film without projecting the source material.

I have few favorite genres more than mid-70s conspiratorial paranoia movies, and this sits solidly with "Parallax View" and "The Conversation" in weaving a tangled story that winds up with nobody happy except the specter that motivated the plot. 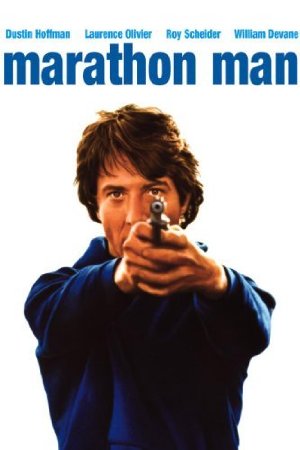