In a show dedicated to conspiracy theories, Craig starts off with one of his own, but it fails to get any traction. Far more plausible, The Illuminati, hollow earth, fake moon landing, Area 51, Fort Knox true contents and who killed JFK. OR ARE THEY? To help Craig with that, astronaut Mike Massimino, comedian Kurt Braunohler and director (as well as James Franco and Seth Rogen's father) Judd Apatow.
posted by lmfsilva
« Previous Episode  |   Next Episode »
« Older Movie: The Omen...   |  Farscape: Unrealized Reality... Newer » 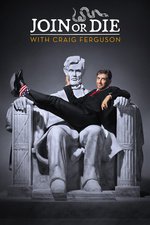