Most of the gang attend a wedding. Greer tries a new tactic when it comes to brainwashing. Fusco is left to investigate on his own with Bear.


Reese and Finch (with a late arriving Root) attend a wedding after the number that comes up is a marriage license. The wedding involves a rich horse-owning family, and it turns out that a family member is doping horses and the real target is the family photographer. Mild moments of amusement involve Reese being around a stripper, Reese being the "date" of the bride's sister, Finch having to fake being an Irishman who sings ("We're Not Gonna Take It") and yet someone nobody notices he's a different man, and Root literally riding up on horseback to save the day.

After 7000+ failures of brainwashing, Greer tries a new tactic with Shaw, or at least it appears to be a new brainwashing trick in which he's supposedly taking her on a tour of bad guys, then Shaw is introduced to the creepy kid avatar of Samaritan as he blows people up.

Root passes on another number to Fusco, along with Bear, and Fusco finds all the missing persons that have been coming up lately such as Krupa (and apparently Bruce as well). Unfortunately, he also runs into an explosion and falls down, fate unknown until oh, TOMORROW.

Loved the final or near-final shot of Root, John and Harold at the table. Wish I had a dvr so I could revisit it and their expressions.

What did John say about the wedding family? Something about let them enjoy tonight before their life turns bad tomorrow? That may apply to them as well, figuratively speaking.
posted by pmurray63 at 4:46 PM on May 24, 2016

Wish I had a dvr so I could revisit it and their expressions.

sorry i couldn't find any non cheesy edit versions or video clips yet, but expressions. you'll have to provide your own hanky.

codependent root was fun. i don't even know what to do with her ass riding in on a horse and riding off with the girl. like what kind of gay ass shit... they're trying to send us off with the most ridiculous season possible and it's working. root and her identities and costumes is a great running gag. never going to top the bear costume, but i don't mind watching them try.

harold: *sings*
root: how come harry never sings to us?
reese: he doesn't sing to you?

i feel like they could've picked a better creepy child avatar for samaritan but don't feel right hating on a kid. because kids in horror movies works well on me and this is not.
posted by twist my arm at 8:33 PM on May 24, 2016 [3 favorites]

yup, 4x10 their 2 avatars meet. there are certain lines in that first scene that land ok for me "you must've done something to my hardware... i wanted to meet the only other one of my kind... what makes you more deserving of life than i... now they will only need to believe in one thing-- me. for i am a god." it's the ones he delivers like an actual kid or the tantrum of "what makes you more deserving." he loses me when he struggles with big words or when lecturing about humanity's ills. child actors are creepiest when they deliver horrible ideas with childlike wonder or innocence. (also appearing unexpectedly in hallways at night.)

if not for the execution i'd like the idea. i read a good tumblr meta at some point that a little genius boy was a good choice to represent samaritan because samaritan itself is raw genius with no discipline or guidance. harold spent a lot of time instilling morality into the machine just like you would to raise a child, to the point the machine could even teach root the value of human life (the machine told her not to kill the doctor at the psych ward she was being held at, and she received the number of a man whose life she ruined when she planted a bomb for money in her old pre-machine life). and now our little baby is all grown up with a family and a dog and a girlfriend!

this is not the meta but i just stumbled across it. starts with "why is samaritan more powerful than the machine" and spins out from there, touching on the 4x10 conversation, arthur vs harold's priorities, samaritan as evolution vs machine as adam/eve.

anyways. maybe they should've gone with a sarcastic 13yo 4chan trump supporting asshole you just want to slap across the room.
posted by twist my arm at 11:59 AM on May 25, 2016 [2 favorites]

As soon as Finch revealed that he was attending in the guise of the uncle from Dublin, I thought "oh no, please preserve us from the Comedy Oireish Accent."

It was worse and more cringe-worthy than I could possibly have imagined.
posted by Major Clanger at 3:26 AM on May 27, 2016

I'm kinda amazed no one else is going on about Root riding off on horseback with the photographer. That was AWESOME! More of that please!
posted by miss-lapin at 5:52 PM on July 19, 2018 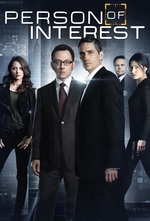