Picking up where the Season Two finale cliffhanger left off, the survivors of the EOS 7 bombing fight to stay alive and find the rest of their crew.


I know this is kind of frowned upon, but since this discussion group hasn't been very big historically, I hope nobody minds if we throw S03E02 into the discussion as well. IMDB summarizes "It Doesn't Have To Be Like This" as "the crew turns their attention to Ryo Ishida and the stolen Blink Drive. They track down the location of Ishida's secret research station, but something goes wrong. While the Android attempts to locate their missing friends, Five experiences flashbacks to her life before the mind wipe."

Personally, I felt the first episode was a slog to get through. Maybe it has just been too long since last season, maybe I just wasn't in the mood, maybe it was just all that table setting to get people back to where they need to be for the start of the season, but the energy and the feeling was really off.

The second episode felt better to me. At least there was forward momentum to it.
posted by sardonyx (7 comments total) 2 users marked this as a favorite
My Charming and I fell into this show as something dumb to watch as a palette cleanser. In the Fu household it's referred to as "Dumb people in space" (we watched The 100 and called it "Dumb teenagers in space").

With that said, it has grown on us a fair bit, but can't take it terribly seriously, even with Wil Wheaton as Srs Bad Dude.

And in that light, we both loved a return to our favorite goofballs in space.

It's a fun comic book with good chemistry and some decent dialog, and I'm looking forward to more fun comic book out of it.
posted by drfu at 12:58 AM on June 12, 2017

It felt like they recovered from the sort of mistake that killed Continuum's last? last two? seasons for me - the Big Cliffhanger Episode at the end of a short-ish season leaving you going "wait, who are these chuckleheads again and why do I care?" About 15 minutes into the first season I remembered enough of the end of the first season, although I'm still sorta fuzzy on why 4/Ryo is suddenly Space Emperor. Something about the Blink Drive?
posted by Kyol at 12:28 PM on June 12, 2017

He decided to get his memories re-implanted. And as soon as he had them back he decided he would much rather be a powerful Space Emperor than hang out with a bunch of mercenary chuckleheads being chased around and shot at by everyone in the universe.
posted by fimbulvetr at 2:05 PM on June 12, 2017 [3 favorites]

I love this show. It is a such a fun, no-excuses space opera. The season premier gives me hope that this season will be good. The blink drive seemed to be a risk of being over-powered, so I guess they decided to dial it back a bit by having it messed up by the Space Scientists.

Last season I was guessing that Nix would be another synthetic human like 2, but I guess not given that she is dead. This show doesn't seem to be afraid to knock of main characters.
posted by fimbulvetr at 2:10 PM on June 12, 2017 [1 favorite]

Yeah, but I got the impression he was on the run because the Space Empress had things pretty locked up and blamed him for the death of the previous Space Emperor, and reimplanting his memories wouldn't change that? I dunno, there seemed to be a big universe shift when they used the blink drive the first time.

But yeah, I like how they're mostly just going from thing to thing - "What's in this big locked room and why don't we remember anything?" "Hey, now that we remember who and what we are, we need to get away from the authorities!" "Ok, we're a power in our own right, how can we make the world better?"

That said, I think they overestimated our attachment to Nyx. "Hey guys, remember this character we brought in at the beginning of last season and killed at the end? Here's a touching moment in case you forgot." mehhhhhhh. They need to kill a main character at this point for it to be all "aww, I miss good ol' Space Ross", I don't think Nyx really rated.
posted by Kyol at 6:58 AM on June 13, 2017

(I mean, I know it was the whole second half of the 2nd season that explained how Four got to where he is now, but they kind of rushed through the rules of the Blink Drive at the same time and haven't recapped them since, so I suspect we've discovered the show's Machina. *magic happens* "THANK GOODNESS FOR THE BLINK DRIVE, HEY GUYS?")
posted by Kyol at 7:05 AM on June 13, 2017

I know this is kind of frowned upon, but since this discussion group hasn't been very big historically, I hope nobody minds if we throw S03E02 into the discussion as well.

Well, I only watched the first hour and opened this because it said ep1 so count me borderline unhappy. But I watch this not so much for the plot points but because it's fun getting there.

I similarly had a hard time initially getting into the episode but that seemed to be 100% the elapsed time. Even the "previously" bit didn't entirely do the job since it left me a little unclear on what the timeline of those events was. It's been so long I didn't know this was back till I saw it on the tivo.
posted by phearlez at 10:38 AM on June 21, 2017 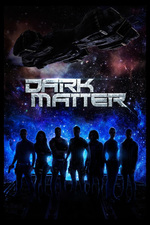