A few weeks ago, Reveal host Al Letson jumped in to protect someone who was being attacked by counter-protesters in Berkeley, California. We found the man behind the attack. He says he's a member of antifa and is taking the fight to white nationalists. We also interviewed rally organizers who are connected to right-wing extremists. ...
posted by latkes (1 comment total)
Reveal is a solid podcast I'd sort of forgotten about and then rediscovered recently. They go into great depth about topical stories that are only covered at the surface on the news.

This episode was the most thoughtful thing I've heard about racist right-wing rallies and antifa, all the more deep because the show is hosted by Al Letson who physically stopped an assault on a white racist organizer during the Berkeley anti-fascist rally a few weeks ago.

I found the interviews very thoughtful and was impressed that Letson seemed to be able to behave like a reporter - asking probing questions but with respect - while talking to racists, including the guy he saved, and anti-racists, including the person he stopped from assaulting the racist! The whole thing is quite dramatic but presented in a thoughtful, NPR ish way. 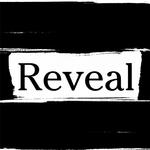