This week, in light of Justin Timberlake's upcoming Super Bowl performance, Jenna and Wesley revisit his infamous 2004 "wardrobe malfunction" halftime show with Janet Jackson. They dissect the public reaction to "nipplegate," why Janet (and not Justin) took the fall, and how the controversy changed the course of both artists' careers.

Jenna on NippleGate: "America needed a scapegoat. They needed someone to blame. There was all this freaking out. The FCC said they had half a million complaints...although in hindsight they said people were mass-organizing and calling, there weren't necessarily half a million American households outraged. The event is still one of the most Tivo'd videos in history, which might say more about where Tivo is at...but the point is, people paused it and rewound it, paused it and rewound it. There is a common piece of lore in Silicon Valley that that's how YouTube got started, because one of the founders...couldn't find this video and started coding a video platform where you could easily find and search for videos. It was a cultural event that completely reshaped a lot of different American landscapes."
posted by roger ackroyd at 2:19 PM on February 2, 2018 [1 favorite] 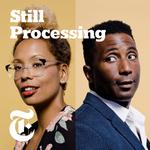