Big Bill finds himself compromised by his gambling excesses, but discovers a possible solution after an opium-den raid. Penny reveals the circumstances that prompted her to marry Mayor Blake, who's determined to show voters he won't tolerate San Francisco's "Yellow Peril."


Official synopsis continued: "After meeting with leaders of the Fung Hai tong, Mai Ling offers Ah Sahm a way out of a protracted - and bloody - tong war."

Warrior Episode 4 Review: The White Mountain -- Warrior spends time getting to know its characters in an episode that has more romance and social commentary than thrills and spills. (Stephen Harber for Den of Geek)

The erratic momentum of Warrior’s first three episodes slows down in “The White Mountain”, giving everybody some much-needed time to get to know one another. Especially Ah Sahm and Penny (Penelope), who also get to know each other in the biblical sense of the word, if you know what I mean. Their budding relationship gets put on the fast track to f*cktown. After this, these two share their entire life stories in between heavy sighs. This is convenient, because we still know next to nothing about them, and we’re already halfway through the first season now, so something steamy has to happen, right?

posted by filthy light thief (3 comments total) 1 user marked this as a favorite
I wonder if the Fung Hai tong hired Pinkertons because they're bastards (the Pinkertons), or if they're the only people who would take the job from a tong?

wrt Penelope and Ah Sahm's relationship: In an alternate universe where this exact version of Warrior aired instead of Kung Fu in 1972, I couldn't even begin to imagine the response.

The Officer Lee arc feels shoehorned in by the funders (hunky Caucasian guy, from the South natch, who's morals are being tested); at least it's promising to be interesting.
posted by porpoise at 7:21 PM on May 10, 2019

Can we talk about the usage of Asian/ Chinese/ Caucasian/ yellow/ white/ chinese?

In San Fran around this time, Chinese were sometimes referred to as Celestials, especially in 'respectable' newspapers.
posted by porpoise at 7:28 PM on May 10, 2019 [2 favorites]

Bill the Cop continues to be interesting, even as he's turning out to be so compromised by his gambling that his better instincts may not matter much.
posted by DirtyOldTown at 7:17 PM on May 12, 2019 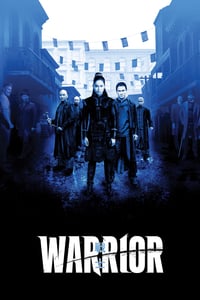