A Netflix original limited series from Neil LaBute (In the Company of Men). Ten strangers wake up on a mysterious island with no idea how they got there.


The Hollywood Reporter: Netflix's 'The I-Land' — Anatomy of a Fascinating Disaster

Entertainment Weekly: Couldn't finish Netflix's The I-Land? Here's everything to know (including how it ends)

Quartz: The I-Land is the Worst TV Show Ever

Refinery29: The Internet’s Reviews Of The I-Land Are In & The Roasts Are Epic

Thrillist: Netflix's 'The I-Land' Is a Hell of a Lot Like 'LOST,' Except Bad
2 days ago

The Guardian: The I-Land review – Netflix’s castaway thriller is not a spoof. It really is this bad
posted by DirtyOldTown (19 comments total) 2 users marked this as a favorite
It's like Neil LaBute really wanted to remake Lost but forgot that everyone watched Lost for the characters and he hates all people living or dead, real or imaginary.
posted by DirtyOldTown at 1:10 PM on September 19, 2019 [4 favorites]

I watched the first episode and it made me long for the high art that was Another Life
posted by Tabitha Someday at 1:37 PM on September 19, 2019 [2 favorites]

It is shockingly, embarrassingly bad--I didn't last 30 minutes. I feel horrible for everyone involved. On the other hand, I bet the eventual how-it-was-made tell-all is going to be spectacular!
posted by orrnyereg at 2:44 PM on September 19, 2019

Ohhhh it was bad, but I found it enjoyable in an Under The Dome sort of way, frequently making faces and muttering "What? No! Why? Why would you do that?" at it. (By the last episode I was still not over Taylor throwing away the book.) They claim this show was not intended as satire, but considering the protagonist also starred in UtD I am not entirely sure I believe that.
posted by Poogle at 2:55 PM on September 19, 2019 [1 favorite]

I'm so glad you posted this, DOT!

It was so shockingly, embarrassingly bad that I couldn't look away. I can't resist the whole handful-of-anonymous-strangers-dropped-into-a-puzzle premise. To this day, I still wish Persons Unknown had gone somewhere, anywhere really, with that whole trajectory -- I mean, they had Chadwick Boseman! He totally could have carried a second season, even a ridiculous one.

But this! This! About 20 minutes into the first episode I couldn't figure out why it felt so stilted. It dawned on me that it felt like an original script that had been translated into English by Google Translate. And then it was filmed by English-speaking actors who randomly picked their roles and were forced to film jetlagged and the same day they got their scripts, and then for some reason that footage was subsequently re-dubbed by another set of actors who were working off scripts that were written out phonetically.

Anyway, there were so many opportunities for this to be watchable, and yet it seems like every 20 minutes it would veer toward something interesting and then drop it for no reason.

1. Why is the trailer stylized like the Fyre Festival ad, complete with instagram bikini models, swimming piglets, yachts, club music, and even the font choices? Wouldn't an actual Fyre Festival + Lord of the Flies mashup be way more interesting than what we ended up with? Like, imagine a bunch of young shallow characters who think they're going to a music festival but they get there and it's waterlogged tents and cheese sandwiches and then some sort of Sinister Power emerges, and to survive it, they need to get over their instagram follower count and fight their way out. And Billy McFarland gets dragged to hades. I'd watch that.

2. Why was Chase in the magnetic force field dentist chair while everyone else was electroded in goo bath? Why was no one else woken up during the simulation? Why did they let Chase remember everything about the prison when she went back? Why did the warden tell her everything?

3. If the whole point was a test of redemption, why give everyone amnesia? Why not feed the prisoners some sort of premise or framework so they can focus on the task at hand instead of just wandering around like lobotomized Sims? Why not have an insider who could gently guide the simulation from within? Why not have specific challenges that could somehow gauge that redemption? Why not have those challenges fail or suddenly become dangerous to foreshadow the tampering? Or if you have an insider, why not corrupt or threaten the insider to build up trust and then sabotage everyone?

4. What's with the unnecessary Hitchcock references? 39 steps, Hitchcock TX, etc? Sure it's 39 steps to the execution chamber, but we the audience have no idea of knowing that.

5. Why was The Mysterious Island introduced and then abandoned? Maddening.

6. Why is the warden a walking, talking cartoon? And why does the nurse with the giant needle so completely channel Angela from The Office? And honestly, Bonnie and Clyde? Really?

7. Why would Bonnie and Clyde cover their faces with masks and skulk around the island all mysterious-like AFTER they had fully introduced themselves to the islanders and fully made their dastardly intentions clear? Everyone knows what they look like and what they're about, so sneaking around wasn't necessary.

8. Why would Bonnie and Clyde threaten to kill people for attempting to escape, especially since the only other island is inhabited by an unseen cannibal?

10. Why was 98% of Kate Bosworth's entire performance spliced in from a whole other series? Why was her flashback approximately twenty-seven hours long and painstakingly rendered with a full-length music soundtrack when by comparison everyone else including Chase had only a few glimpses of their past?

11. Why does Chase have clear memories of killing her mom when that clearly never happened? Why did Cooper let his wife ALSO take the blame, since he was convicted of the crime himself and serving a sentence and she was innocent? Cooper and Chase were in love, and there was no indication he'd need to or even want to throw her under the bus if he were already headed to prison.

12. What's with the abandoned resort? Was that related to their redemption task somehow?

14. WTF is up with the sudden switch to saying One-Land and Two-Land? Also, why couldn't any characters properly pronounce the word INLAND, saying IN LAND instead? I thought it was just a tic for Pettyfer's character, but others said it that way later on.
posted by mochapickle at 8:22 PM on September 19, 2019 [2 favorites]

Wouldn't an actual Fyre Festival + Lord of the Flies mashup be way more interesting than what we ended up with?

Netflix seems to be building a new category of show, "We Canceled 'Tuca and Bertie' But We Greenlit This."
posted by Halloween Jack at 5:17 AM on September 20, 2019 [8 favorites]

If you enjoy "strangers plopped into a weird situation together" stuff, watch the 2009 British film Exam. I'd link the trailer, but it's one of those that gives away too much. I will say it's tense but more a thriller than a horror film.
posted by DirtyOldTown at 5:28 AM on September 20, 2019 [2 favorites]

I made it about three minutes in, and am most gratified to learn that my quitting was entirely justified. Seconding DirtyOldTown's recommendation of Exam or, really, anything else but this.
posted by Mogur at 6:23 AM on September 20, 2019 [1 favorite]

"We Canceled 'Tuca and Bertie' But We Greenlit This."

Bonus points for hiring Neil LaBute, a white man with a history of spectacular failures, and a mysogynistically-tinged oeuvre, who nonetheless keeps getting work.
posted by 1970s Antihero at 7:43 AM on September 20, 2019 [2 favorites]

If you enjoy "strangers plopped into a weird situation together" stuff, watch the 2009 British film Exam.

Popping in to second this movie. Really good. I haven't heard of I-Land before, but now I am curious after the reference to the Fyre Fest video. And yes, a movie about Fyre Fest turning into something nefarious would be cool.
posted by Fukiyama at 8:15 AM on September 20, 2019

Almost made it through the 2nd episode. But mostly because about halfway through the 1st episode I picked up a book I'm really into (Recursion by Blake Crouch plug here).

Poogle, funny you mention Under the Dome because my spouse mentioned that we got through the whole series just fine even though it was terrible.

This was just a completely unwatchable waste of energy and resources. Geez Netflix.
posted by Bacon Bit at 10:40 AM on September 20, 2019

Halloween Jack: Netflix seems to be building a new category of show, "We Canceled 'Tuca and Bertie' But We Greenlit This."

I could have sworn I read this somewhere and posted it to MetaFilter, but I can't find it online or on MF, but I think a Netflix exec came out and said that continuing series costs more than starting something new, because returning cast, writers and directors ask for more money to come back, knowing that they were popular enough in their first season, which is why Netflix doesn't renew some shows.
posted by filthy light thief at 11:05 AM on September 20, 2019 [1 favorite]

I know! It's horrible!

This summer I've been watching pretty much every awful environmental disaster B movie I've been able to get my hands on, and I think it's built up my resistance to bad dialog and hacky characterization and choppy buildups and and uneven plotting.

And I really liked Exam! And it also hit the sweet spot of the capsule scenario, so it was doubly good. I wish there were more things like that out there.
posted by mochapickle at 11:35 AM on September 20, 2019

Is this a Netflix Original or a Netflix "Original", i.e. something somebody else produced and Netflix slapped their name on it for a low price ?
posted by Pendragon at 2:43 PM on September 20, 2019

I mean this *is* the same Neil LaBute that did the Wicker Man remake with Nicolas Cage, right?

I know! It's horrible!

When they did the prison reveal, for a second I thought "oh, I get it, the people are all being immediately and pointlessly shitty to each other because they're a bunch of murdering sociopaths." But then Chase goes in front of the panel of scientists, who immediately start being pointlessly shitty to each other! I guess it's just the way Neil LaBute thinks people talk.

Also,
15. If the whole thing is a simulation, why the hell would you simulate the conch shell to say "property of the I-Land" or whatever on it?
posted by Ragged Richard at 12:17 PM on September 23, 2019 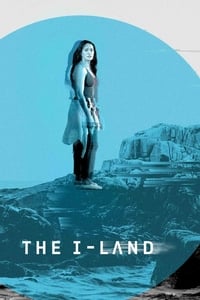