Across three centuries, Winden's residents continue their desperate quest to alter their fate and save their loved ones.


*1970s E.G. Tannhaus uses the Schroedinger's cat scenario to explain alternate realities. As the apocalypse approaches, and other-world Martha enters the Kahnwald house to bring Jonas into her world, reality splits and we see a version where Bartosz calls out to Martha and tells her the others lied to her, that Adam is going to kill her to destroy the Origin, but that Bartosz knows what the Origin is. As they see the god-particle explosion forming in the sky, Bartosz activates the gold orb-device and travels them away.

*1974 E.G. Tannhaus tinkers in the workshop, visits the grave of his son & family, then goes to the bunker.

*2021 Young Noah and Elisabeth are in the caves digging for the passage. Elisabeth asks Noah to tell her about Paradise, and he signs about how it's free of pain and suffering.

*1890. Jonas works on his machine. The god-particle bob begins to form but doesn't go stable, and Jonas gets his arm burned trying to adjust the coils. Bartosz confronts Jonas, accusing him of not really knowing how the device works, and not actually wanting to go back to their time or prevent the apocalypse. Jonas says this is bigger than the apocalypse, that if they open the passage they can find the Origin and destroy it. In the woods, Silja (wearing Martha's 1888 dress) buries her radiation suit in the woods, then introduces herself to Bartosz.

*2023 Jonas and Claudia work on the god-particle sphere, still unsuccessfully. As they rinse off the radiation-suit gear, Claudia says not to lose hope, but Jonas says he can't do this anymore. Back at the Kahnwald house, he hangs himself from the rafter of Michael's attic room, but young Noah bursts in and cuts him down. He says Jonas has to do what he/Adam promised him, and that time won't allow Jonas to die since his future self already exists - he gives him his gun and Jonas tries shooting himself several times and no bullets fire, but when Noah takes the gun back and pulls the trigger it fires. Noah shows Jonas the passage doorway he and Elisabeth uncovered, and though the passageway is now solid rock, Noah says it will open again.

*2040 Claudia and now-adult Jonas and Noah work on the god particle blob, but it still won't go black-sphere. Later, Noah tells Jonas he thinks Claudia doesn't want it to work, that Noah doesn't trust her or understand why Jonas does. Now-pregnant Elisabeth calls Noah away. Claudia meets her other self in the woods. Eva's-Claudia tells Adam-world Claudia to keep stalling, that Jonas can't know about her or the other world's existence. Adam-world Claudia asks if Eva's-Claudia has ever met her older self but she hasn't. Adam-world Claudia says "I still remember exactly what she said. 'If everything goes right...Regina will live.' I've thought about that all these years. I just can't believe that by that she meant her suffering was to repeat over and over forever. There must be a way to untie the knot...without destroying all life in it. A way for Regina to live. Really live. I think neither Eva nor Adam know that path. But I'll find it. In my world or yours." and then shoots her Eva-self dead and takes her orb device. She goes to the Adam & Eve portrait room. Eva asks why she didn't bring other Claudia with her, and she says Noah is watching her too closely. Eva gives her a blueprint to her to give to Claudia to give to Tannhaus.

*2041 In the woods, Elisabeth asks Noah to tell her about paradise again, as Charlotte and shorthaired Elisabeth steal baby Charlotte from crib. Finding the empty crib, Noah confronts Jonas, asks where Charlotte is did Claudia take her, is this the betrayal Adam told him about, but Jonas knows nothing. Noah tells Elisabeth he will find the baby and bring her back.

*1911 Bartosz working on a car is approached by Hannah (with the time-travel suitcase) and her daughter (child-Silja). He brings her to Jonas, who is now all bald and scarrific like Adam. Jonas asks how she found him, and she says an old woman, Eva, showed up on Hannah's doorstep and told her where he was and that he was looking for Hannah. Hannah says she's sorry for everything and knows it's all her fault but she's here now. He has Bartosz give them a room, and that night he enters and looks at sleeping Silja. Hannah wakes and ask what he's doing - Jonas says Silja doesn't belong here, that all the pieces have to be in position, and Silja and Hannah are in the wrong places, and then Jonas smothers Hannah to death. He wakes Silja and says he wants to show her a secret, and carries her away.

*1920 Noah enters the tavern and asks for room and the taverness calls for Hanno, now young Noah. Noah confronts Adam, who says he knows Noah thinks has betrayed him and stolen Charlotte, but Adam blames it on Claudia and claims she's the liar. He gives Noah the triquetra notebook with the missing pages and says once he finds the pages he'll find Charlotte and his paradise.

*2052 Old Claudia tells Jonas he has to go back and put his younger self on the path and close the passage; he leaves and Claudia tears the pages from the triquetra notebook, and there's a montage of various significant scenes from Season 1 and on.

*The young Martha and Bartosz from the beginning of this episode enter the Adam & Eve room. Martha asks why he brought them there, and Bartosz says they're the light, and will save them. Eva slashes young Martha's face, to remind her which side she's on and that choosing Adam would be choosing death.

*In 2052 Adam-world, the god-particle sphere obliterates Martha and her unborn child, but Adam is shocked to find he and the world are still in existence, then Old Claudia enters the room.
posted by oh yeah! (5 comments total) 1 user marked this as a favorite
I had to laugh when I realized the reason Silja ordered Martha to remove her 1888 gown was so Silja could wear it - I kind of assumed the show/Adam wanted her to be in the white shift when bound to the steps of the god-particle room for esthetic/pervy reasons, didn't think there'd be a practical explanation.

That 1890 scene between Bartosz and Jonas when Jonas said this was bigger than the apocalypse was the first time I could really see him becoming Adam. It was good preparation for the surprise-matricide.

I'm a little disappointed in Hannah's fate, just in that I was kind of expecting her to do something unpredictable/take fate by the horns. But I guess Claudia filled that role for me -- was not expecting it when she shot her other self. Now I just wonder if she actually fooled Eva, or if Eva knew she wasn't her Claudia and was playing her by giving her the blueprint.

How can all that shit be in the bunker in 1986 if those kids were being killed? Also, what did the kids being killed have to do with anything at all? Did they explain that already?
posted by LizBoBiz at 9:37 AM on July 1, 2020 [1 favorite]

And why did they take Elizabeth’s own baby away?

And that baby becomes Charlotte...and Charlotte gives birth to Elizabeth? So they are each other’s mother and daughter? Or did I miss something?

I seem to have a lot of questions from this show, but so far it’s done a pretty good job of answering them. Let’s hope the last episode clears up the last of them!
posted by LizBoBiz at 9:43 AM on July 1, 2020

Liz:
The kids being killed were Noah's attempts to create a time machine, which eventually pays off when he's able to send Helge somewhere. And yes, how all that stuff is in the bunker at the same time is a question! Which way does the door open to the bunker when Tannhaus uses it versus anyone else?

Charlotte and Elizabeth being each other's mothers has been established in the show, but I don't know that they've come right out and said it. I think they take baby Charlotte back in time to Tannhaus according to Adam's plan to have everything in place to ensure the apocalypse happens.
posted by LionIndex at 5:10 AM on July 2, 2020 [1 favorite]

The Kid-Killing-Device was, I believe, the iteration of the time-traveling device that came after the giant thing Jonas started building in 1888. Then the chair was replaced by the suitcase which was replaced, in Universe B at least, with the orb that also allows travel between the universes. At some point in the story, the time travel machines stopped being limited to exactly 33 yr trips forward or backward to being more flexible, but I'm not sure when or how.
posted by Saxon Kane at 3:50 PM on August 15, 2022 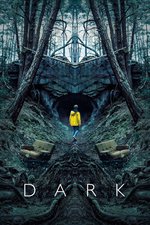