Lucifer helps Chloe investigate a murder committed on the set of a TV show inspired by his own life.


*In Hell, Amenadiel tells Lucifer about what Michael did in L.A. and that he has gained power in the Silver City, convincing Lucifer that he needs to leave Hell to deal with the threat, so Lucifer goes, leaving Amenadiel in charge of Hell. (Dr. Linda is not happy with this development.)

*At the station, Lucifer convinces Chloe he's really him this time, but cannot lie when she asks him if what Michael told her about being a gift from God created to love and be loved by Lucifer is true.

*The episode's murder victim is Matt Owens, show runner of "¡Lieutenant ¡Diablo!", an even cheesier version of 'Lucifer' gleaned from their talks after Lucifer got the writer started in the biz. He was murdered by the show's Decker-character (Dancer, the stripper turned detective) actress, who wanted out of the show. She also frames the show's second-in-command, Keri, for it and murders the Diablo actor after he figures out she was the real killer.

*Chloe spends the episode reeling from the 'gift from God' revelation, and does not know how to deal with the idea that everything was predestined and her feelings may not be really hers.

*Maze fights Lucifer, at first because she thinks he's Michael, then because she's angry at Lucifer for going to Hell without her, since she has no wings to get there herself. He tells her he assumed she would have gotten Amenadiel to fly her down if she'd wanted to come.

*Dr. Linda and Maze have a heart-to-heart while drinking and watching ¡Lieutenant ¡Diablo! episodes (Linda-counterpart is a ringer for our Dr. Linda, while the Maze-counterpart is a big burly dude, though Maze thinks the resemblance is dead-on. Also their counterparts kiss), and Maze breaks down and admits how sad she is over everyone, especially Eve, abandoning her.

*In the penthouse, Lucifer confronts Michael over his actions, and is horrified when Michael claims to be responsible for manipulating him into all of his greatest downfalls - being with Eve in the Garden, rebelling against God, even his vacation from Hell. They have a brawl, and Lucifer uses Maze's demon blade to give Michael a permanent facial scar so he can never impersonate him again.

*Maze apologizes to supposed-Lucifer that turns out to be now-scarred Michael, and he tells her, that Lucifer has been keeping a secret from her.
posted by oh yeah! (5 comments total)
As 'obstacles to the ship' writing ploys go, the 'gift from God' reveal isn't so bad. I'm not expecting them to make much progress in this half of the season (and very curious to see if they'll cliff-hanger the actual finale, since they hadn't gotten the 6th season confirmed back when they wrote/filmed the full season).

I'm getting used to Ellis' American accent/Michael-isms. I think seeing the characters in the same scene made me appreciate his acting choices more, and made it feel less gimmicky. Loved the fight scene, and I liked all the silly show-within-a-show stuff.
posted by oh yeah! at 8:04 AM on August 22, 2020 [2 favorites]

I paused on the writer's storyboard - someone must have had fun coming up with bad ideas..."Diablo and his brother must infiltrate the secret world of clowns".
posted by Mogur at 1:20 PM on August 22, 2020 [2 favorites]

This was a fun case of the week. Moving Decker through the stages of predestination reconciliation is clearly going to drive everyone a little nuts. Though I do have to wonder if we are going to get to the point when she realizes that being made directly by Lucifer's dad makes her kind of Lucy's sister.

I have to wonder how much of a running joke doing Lucifer in Space has been in the writer's room over the years. There just seemed to be so much interest in it.
posted by Ignorantsavage at 3:56 PM on August 22, 2020

Well, the space theme has carried over from the previous episode (mission to Mars). Maybe it's one that we'll see pop up throughout the season.

The fight scene was really well done. Usually these kinds of character-fights-their-doppleganger scenes are really obvious in what they're doing to hide the stunt double. Of course, those hidden face moves were part of this one too, but the editing was nice and tight and the action moved fast enough that it was a pleasure to watch.
posted by sardonyx at 8:52 PM on August 26, 2020

Without looking ahead (no spoilers!), I wonder if Neil Gaiman's turn as the Voice of God ("Once Upon A Time") prefigures the finale of the series: "Lucifer Morningstar, we're the writers of the series and, yes, we were screwing with you the whole time!" (That might be more of a Grant Morrison-style ending, though.)
posted by SPrintF at 3:51 PM on June 9, 2021 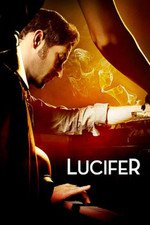