Tommy gets a roommate. Jacob and Sophie learn some hard truths. Luke gets duped but Julia doesn't. Mary is her usual self. Alice finds a new purpose in life. Viewers meet Ryan. Batwoman is back even if Kate Kane isn't.


I'm not sure if anybody here is watching this. Apparently the ratings say nobody (in general) actually is. Anyway, I thought I'd open up the floor to anybody who is still hanging around and wants to share some thoughts about the terrible Kate Kane voice over, the ridiculous, speeded-up effect of the Batmobile chase scene (seriously that could have come out the Adam West show), the nonsensical reason Tommy had for chasing after the suit (Did he really think it was going to fit him? It shouldn't have even fit Ryan, given the it was built for Kate.), the ridiculous complication of Kryptonite poisoning (although I guess it will force Ryan to turn to Mary and Luke and begin to trust them), the unnecessary link between Alice and the murder of Ryan's adopted mother (There was no reason for Alice to be part of that. Ryan could have been seeking revenge on pretty much anybody else. The level of coincidence is just too high to buy, and I say that with full understanding it's a campy superhero show) or anything else noteworthy from this episode (like the fact that I'm not really a fan of Tommy as a character, but I really like the actor who played simulacrum Bruce, and I'd be happy to see him stick around for a bit --or show up elsewhere in the Arrowverse -- as the real Bruce).

Overall, it's not the direction I would have gone with a Kate Kane replacement (I still would have preferred one of Luke's sisters to take up the mantle) but they did a solid enough job with the parallels between Alice's and Kate's (apparent) deaths, that I'll give them a bit of leeway. Mind you, it won't be tons because they have to atone for some really bad dialogue writing in this episode.


AV Club review for those interested in another perspective.
posted by sardonyx (6 comments total)
I bailed on this show last season after about 9 episodes. Is it worth giving it another chance now?

In a way I feel bad for all of the effort that went into bringing Kate Kane into the greater Arrowverse with all of that establishment in the Elseworlds crossover and last year's Crisis that now is seemingly all just chunked because without Kate, it doesn't narratively matter or potentially pay off anymore.
posted by Servo5678 at 6:51 AM on January 20, 2021

I don't see anything in this first episode that is a compelling enough reason to argue "you've got to start watching again" if you made it through the nine episodes and then had enough. The strong parts (Mary and Luke's relationship, Rachel Skarsten's delivery) are still there, but so is the heavy handed writing and all of the other problems that have existed through the show's run. Like you, I admire the effort put in to get this off the ground and make it part of the Arrowverse, but it has never been the strongest contender of the bunch.

I know I've barely mentioned the new Batwoman or the actress who plays her, but I'm trying to approach this with an open mind and not place all the blame for the problems with the show at her feet. She's got a nearly impossible task to perform, and I think she deserves some time to see if she can pull off a miracle (or at least have the kind of presence that steadies the ship a bit).
posted by sardonyx at 9:50 AM on January 20, 2021 [1 favorite]

I watched this and I'm glad you posted a discussion of it.

That said, i may just drop this show entirely. It was mildly okay to so-so in its first season writing-wise and seems to be the same this season. I was so-so on Ruby Rose, who's kinda....overly stoic. This new girl is cuter, but otherwise I'm not feeling any more into her, and her backstory is just nothing but horror and trauma, wtf.

In a way I feel bad for all of the effort that went into bringing Kate Kane into the greater Arrowverse with all of that establishment in the Elseworlds crossover and last year's Crisis that now is seemingly all just chunked because without Kate, it doesn't narratively matter or potentially pay off anymore.

I do not comprehend why they didn't just recast a second Kate Kane. This is a world where "we took off someone's face and put on another one" is legitimately a plot point/doable in this world, and it ruins all of the relationships in the show to throw in a complete stranger with no connection to the Kanes/Waynes. It literally makes no sense to do that and it didn't make any more sense after watching it.

I generally feel obligated to keep up with all Arrowverse shows due to the crossovers, but hell, there's not even going to be a crossover this year, so why bother.
posted by jenfullmoon at 5:14 PM on January 20, 2021 [2 favorites]

My wife and I have been keeping up. We like the action enough to overlook most of the problems. I'm all about representation so I'm cheering on Javicia Leslie and hope she grows into the role. The issue with these shows is that they usually take a couple of season to get more interesting (Arrow, Legends of Tomorrow off the top of my head, Flash was kind of.. reverse of that, and Supergirl is an exception since it changed networks, but I think it's better now than when it started). I think Batwoman should get the same investment from viewers, however the issue is that now it has to almost restart because of a new lead.

As always, Rachel Skarsten steals every scene, but as a character Alice is starting to be predictable, but that's because we've had a whole season to know her motives (I'm also up through episode 3, so there's a whole can of worms to open with recent revelations, but I'll wait for that post to discuss it).
posted by numaner at 4:15 PM on February 2, 2021 [2 favorites]

With 5 episodes of the show stacked up in my TiVo, I finally watched this season premiere. I think in any other season, I would have continued watching weekly any posting threads, but with the backlog of nearly 2 months of tv to catch up on in the few hours of down time a night I’m getting, I think I’ll probably be leaving Batwoman for binging sometime in the future when I have more free time and less to catch up on. Like jenfullmoon, I didn’t understand before the premiere why they didn’t just recast the part rather than create a new character, and I’m no wiser after watching. The new actress did a perfectly serviceable job with the role she’s been given, and I’m sure she’ll grow on me whenever I do get back to the show. But it’s still a puzzling writing choice.
posted by oh yeah! at 11:19 AM on February 27, 2021 [2 favorites]

the terrible Kate Kane voice over 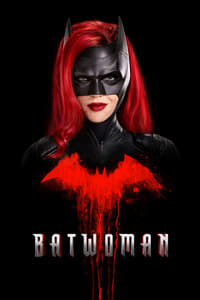