The Elder
A Jedi and his padawan pursue a dark and powerful presence.

Lop & Ocho
A family is torn about what to do when the Empire encroaches on their planet.

Akakiri
A Jedi returns to his forbidden love to help defend her kingdom from a Sith-like Shogun.
posted by fifteen schnitzengruben is my limit (5 comments total) 1 user marked this as a favorite
SPOILER

After eight episodes of fairly happy endings, Akakiri hit hard. Quite the way to end the series
posted by jazon at 10:33 AM on September 26, 2021

Yeah, I enjoyed all and loved most of these shorts, but Akakiri is the one that will haunt.
posted by The Nutmeg of Consolation at 5:58 AM on September 27, 2021

Yeah, I would have swapped the order of the last two around. Lop & Ocho is so well-imagined, and I cannot get that shot of the Star Destroyer floating over the cherry blossom island out of my head.

The Elder is probably the one of these that best fits into canon, it could have taken place only a little while before Phantom Menace.

Lop and Ocho was one of the few shorts that actually engaged with empire and what it's like to be subsumed by something much larger, and IMHO was diminished by shoehorning yet another damn lightsaber into it.

Arakiri perhaps did a better job illustrating Anakin's downfall than the prequel movies did. The Force has the power to do what you most desperately want, all you must do is reach for it...
posted by Mr.Encyclopedia at 11:43 AM on September 28, 2021 [1 favorite] 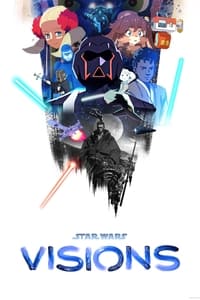