The Gemstones return for a second season. Jesse clashes with Eli over the future of the Gemstone empire.


Jesse and Amber look toward their future as head of the church and are courted by fellow preachers Lyle and Lindy Lissons (Eric André and Jessica Lowe), who are looking to start a Christian timeshare resort on the sunny beaches of Florida. Meanwhile, an investigative reporter (Jason Schwartzman) from the New York Times is snooping around the megachurch community, just as an old friend from Eli's past (Eric Roberts) reappears.
posted by miguelcervantes (6 comments total) 1 user marked this as a favorite
It was very good, though I'm wondering if the blatant swearing and crudity of the characters was more than in the previous season, which makes them a little too hypocritical by being too similar to typical comedy characters. Still very funny and sets up the stakes for this season very well, and Eric Roberts plays a real good ominous shitheel.

That said, it's amazing how this show, especially as revealed in the post-episode 2 trailer, hits a lot of the beats of the best of comedy movies, prior to Hollywood no longer making comedies in the past decade, or as many as they used to.
posted by Apocryphon at 3:39 PM on January 12

Eric André is a great addition to the cast. I'm not sure what they have planned for Gideon, but it seems like his story is mostly up at this point?
posted by miguelcervantes at 11:25 PM on January 12 [1 favorite]

Eric André was great but my god Eric Roberts was unrecognizable.
posted by guiseroom at 9:14 AM on January 13 [1 favorite]

It continues to stagger me how good this show is simply in terms of composition, plot pacing, cinematography, and sheer filmmaking. It's extremely funny, but even its humor comes up in such technically diverse ways: a virtuosic monologue here, a tight bit of film editing there. And beneath it all, that astonishing ability to find heart and humanity in these people without condoning the many, many terrible things they do.

I am not really interested in picking "better thans" in the world of art and would never try to decide whether I liked this show or Succession more... but holy shit I missed this show, and holy shit am I glad that another season of a Danny McBride production exists.
posted by rorgy at 4:58 PM on January 13 [3 favorites]

John Goodman is worth his weight in gold as the straight man in this show -- for me, it's an Alec Baldwin in 30 Rock level of contribution. I have just about the most jaded view of evangelical megachurches possible (and I don't think you can build one without intentionally grifting along the way), but I think Eli's piety is genuine and this would be a worse show without it.
posted by grandiloquiet at 6:22 PM on January 13 [3 favorites]

This season is shaping a lot more over-the-top than the first, as exemplified by Kelvin's Zoolander-esque musclemen camp antics, but God help me, it's hilarious. Like I said, this reminds me of the best of the mass market comedies that Hollywood used to make in the '00s to the early '10s.
posted by Apocryphon at 10:11 AM on January 19 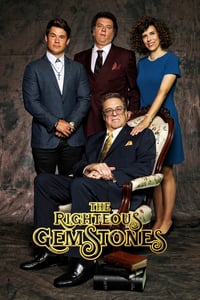