An aimless, jobless, disaffected young graffiti artist named Toby (1917’s George MacKay) breaks into people’s homes to tag his signature phrase: “I came by.” His next target is a wealthy former judge (Downton Abbey’s Hugh Bonneville). When he enters the judge’s home, he sees a light underneath a door in the basement. He checks it out, which is a great idea, no notes.


The new film from acclaimed British-Iranian filmmaker Babak Anvari (Under the Shadow).

Available in the US as a Netflix original. JustWatch listing.
posted by DirtyOldTown (13 comments total) 2 users marked this as a favorite
Well, Under the Shadow was such a fantastic little horror film (djinn arrives via unexploded missile in 1980s Tehran apartment building and proceeds to allow for sharp observations about mother-daughter relationships under stress) that this one earns a look just on the strength of that. Thanks for the pointer.
posted by mediareport at 5:04 AM on September 4

We watched this last night and I did not expect what an absolutely bonkers movie this turned out to be. Like, I guessed a standard home invasion thriller but nope. Nope nope.

*Our brief main protagonist is a pompous little shitheel; quite frankly, were I his mum, I'd be glad to see the back of him

*I had a strong feeling that the club where Omid was working was some sort of exclusive gay posh club. I say that because it feels off to have an openly gay asylum seeker working in a rich Tory white male atmosphere.

*That moment where Hector closes the torture room door to hiss at the Black police detective was so quick and malevolent, my jaw dropped

*After a while, it felt we were just sending characters to the killer like fodder to a woodchipper and I was like where the fuck is this movie going

*The ending kinda works but damn, I love the Black police detective got her gloaty "got you, posh motherfucker" moment.

As I said, this was a wild ride. I did not expect anything like this. I don't know if that makes it better or worse!
posted by Kitteh at 9:20 AM on September 5 [3 favorites]

I'm the other half of "we" in the above comment and yes -- mad respect for making the (not, but it seemed like it for quite a while) protagonist such an unlikeable edgelord turd. Now that I've slept on it, it's actually interesting that for the first chunk of the movie, it was actually poseur vs. poseur -- upper-crust help-the-helpless who is actually a kidnapmurder dungeoneer, and fight-the-system rebel who is actually a privileged white kid aping "truth to power" aphorisms while not treating anyone around him with even common decency.

And I did like the fact that it was completely beyond me to figure out where it was going. Is it shitty edgelord vs. shitty upper-crust fellow? No! Is it Black cop with something to prove vs. cagey well-connected society villain? No! Is it grieving mother out for vengeance? No! Or yes! All these things! But also other things!

It does rely on the idiot ball quite a bit, like edgelord just kind of accepting that his best friend doesn't want to talk about his home invasion hobby and just dropping the fact that he has run into a kidnapmurderdungeon entirely instead of, say, grabbing him by the shoulders and shouting "KIDNAP MURDER DUNGEON," or calling the police but apparently sharing so few details, such as "there is a man who has been beaten and chained, go to the basement, make a right, look for a secret door behind the vase shelves", that the police can just sort of drop by, see a washing machine, and be satisfied. Our high-tech final hero doesn't think to, say, stream his final venture.

Not directly plot related, but Kelly McDonald seems to be very bad at her job, including hectoring a medical student for not really meaning it when he committed suicide because he got the dosage wrong.

Quibbles! I love to quibble! It's more fun to quibble than to just say "great movie, loved it." It's unusual to find a thriller where I spend the second half of the run time with no idea where it's headed. So good job, all.
posted by Shepherd at 12:48 PM on September 5 [3 favorites]

One last thing: by far one of the ugliest things in the movie has nothing to do with actual killer, but when Kelly MacDonald's character harangues the son's friend/ex-accomplice into breaking into the villain's home, despite his protestations that he's a Black man with a record and can't risk it. He doesn't do it but the ickiness of a white woman asking a Black man to break the law because she thinks he owes her one was harrowing.
posted by Kitteh at 4:54 PM on September 5 [3 favorites]

Kelly MacDonald's character harangues the son's friend/ex-accomplice into breaking into the villain's home, despite his protestations that he's a Black man with a record and can't risk it. He doesn't do it but the ickiness of a white woman asking a Black man to break the law because she thinks he owes her one was harrowing.

To me this ignored a moment earlier in the movie where her character talks about how as a parent you want your children to be happy. She's the closest thing to a gran he has and here she is trying to pressure him into something he doesn't want to do while moments before she was playing with his newborn son. Desperate as she was it not only rang hollow to me but it was unnecessary choice. After she goes missing it's an easy jump that both his friend and she have gone missing at the same place. That spurs him to action (and it would also make sense for why his baby momma would help him when she has zero reason to).

This was a good time. I saw the first hour one day and the last of it last night. That was a switch flipping scenario. If I'd known I was never going to see that little asshead again, I'd have gotten around to the end sooner.

Not a ton to add beyond a big YEP to each of kitteh and Shepherd's comments.


Except maybe that it was A Choice to have the irredeemable psychopath yukking it up to Rick & Morty.
posted by DirtyOldTown at 7:23 AM on September 7 [3 favorites]

I haven't seen this film, but I sure got a bad feeling when I read this:

it was actually poseur vs. poseur -- upper-crust help-the-helpless who is actually a kidnapmurder dungeoneer, and fight-the-system rebel who is actually a privileged white kid aping "truth to power" aphorisms while not treating anyone around him with even common decency.


That sounds like a story with a conservative agenda, where leftists are just pretending that they care about anything but themselves and they're actually vile, terrible people. Over the years it's become clear to me that many conservatives don't just fail to give a damn about the common good, they literally can't believe that anybody else does. They think it has to be a con, that nobody would march in the streets or volunteer in a soup kitchen because they actually believe in something. I see this kind of thinking with Fox News pundits, with Trump, with idiots who post on social media... it's everywhere. The lefties are all lying hypocrites, and they're only in it to get famous or get rich or get laid.

Does this movie come from that mindset? Is this a movie where the lefties are the real monsters, or is there something else going on?
posted by Ursula Hitler at 5:21 PM on September 7 [1 favorite]

The director, Babak Anvari, is Iranian-English and that may help get an idea.

In this movie, white privilege is the demon whispering in the ears of the powerful class. You see it in the corrupt judge Hector, but also in entitled brat Toby, and even in his ostensibly well-meaning Mom's attempts to manipulate Jay to serve her ends.

Jay, the working class British Black man and a Black police detective are the only 100% sympathetic characters. Maybe also Jay's desi partner.
posted by DirtyOldTown at 8:19 PM on September 7 [2 favorites]

I see. This sounds like it might be one of those things that hits all the conservative tropes about how white lefties are the worst people in the world... but it's from a creator who's a POC, so critiquing the whole thing gets really complicated. As I say I haven't seen it, so I may be totally off-base. I have nothing useful to add and I think it best if I just bow out now.
posted by Ursula Hitler at 10:32 PM on September 7

That's really not what it's about.
posted by DirtyOldTown at 5:21 AM on September 8 [1 favorite]

Well, that's good to hear.
posted by Ursula Hitler at 4:05 PM on September 8

Yeah this definitely isn't a "the left is the real enemy" or just as bad as the right type film. I understand the concern, but it's misplaced here.And it makes me kind of uncomfortable to see that comment because I really don't want people to be discouraged from watching it because of something that is not an issue with the movie.

Upon reflecting about the movie, the poignant thing is illustrating the inability for people to really communicate and understand each other. You have Lizzie and Toby, Lizzie's patient and his family, Jay and his baby momma, Jay's baby momma and her family, you have all these characters who can not talk to each other out of fear. And the cost of that in human lives. The more I think about it the more I appreciate it and I don't want it to be easily dismissed.
posted by miss-lapin at 9:54 PM on September 8 [3 favorites]

Really unusual to have a series of disposable protagonists, and a great fake-out for jaded horror fans. I certainly expected edgelord and mum to show up miraculously alive at the end, but nope! Are there other movies that do this?
posted by qxntpqbbbqxl at 3:30 PM on September 20 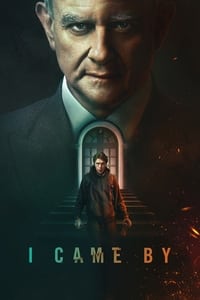