Bestowed with superhuman strength, a young mortal named Hercules sets out to prove himself a hero in the eyes of his father, the great god Zeus. Along with his friends Pegasus, a flying horse, and Phil, a personal trainer, Hercules is tricked by the hilarious, hotheaded villain Hades, who's plotting to take over Mount Olympus!

Currently streaming in the US on Disney Plus. Also available for digital rental on multiple outlets. Justwatch listing.
posted by DirtyOldTown (4 comments total)
In development as both a live-action film and a stage musical. I saw the stage musical in the park in NYC in 2019 and it was a lot of fun - Roger Bart, original film singer, as the villain!!!
posted by ThePinkSuperhero at 6:25 AM on October 12, 2022

For an insane second I read "Amanda Plummer" as "Amanda PALMER" and thought "Dang, I REALLY missed out when I skipped this, didn't I?"
posted by EmpressCallipygos at 7:39 AM on October 12, 2022

My daughter’s first movie in a theater and one played endlessly on the VCR. We still quote it more than we should: “Jeepers … mister?” “I was going for innocent?” “Memo to me, memo to me … maim you after my meeting.” I’ll stop now. Excited for the staged musical!
posted by Sweetie Darling at 7:54 PM on October 12, 2022 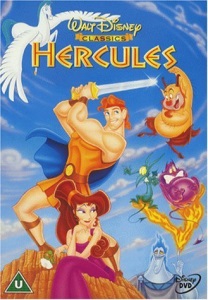