In the Southwest during the Civil War, a mysterious stranger, Joe (Clint Eastwood), and a Mexican outlaw, Tuco (Eli Wallach), form an uneasy partnership -- Joe turns in the bandit for the reward money, then rescues him just as he is being hanged. When Joe's shot at the noose goes awry during one escapade, a furious Tuco tries to have him murdered. The men re-team abruptly, however, to beat out a sadistic criminal (Lee Van Cleef) and the Union army and find $20,000 that a soldier has buried in the desert.

Currently streaming in the US on Starz. Also available for digital rental on multiple outlets. Justwatch listing.
posted by DirtyOldTown (9 comments total) 4 users marked this as a favorite
The Good, the Bad, and the Ugly is my least favorite of the Dollars trilogy. I think it's the least focused of the three. I know, there is a plotline with buried treasure and all that. But it seems more like an excuse for Leone to take us on a grand tour of his vision of the Civil War than to tell an actual story. Also, while the Blondie and Angeleyes characters are interesting, Tuco is poorly realized. We're told he is a bad ass bandit, but he's only used as comic relief most of the time. I do like the one scene at the end, when he slowly, carefully, pulls his pistol free, which I consider to be one of the most dignified moments in any movie.
posted by Stuka at 10:08 PM on October 11, 2022

I'm in the opposite camp to you Stuka where this is my absolute favourite of all the Leone westerns. I think Once Upon A Time in the West might be the "objectively" better movie and I can't really disagree with your criticisms but this is my favourite.

It just drips atmosphere and mood. You can feel the desert heat, you can smell the sweat and gunpowder and it makes you feel the distortion of time and focus in that final showdown. I love media that presents a strong sense of place and this movie was foundational in cementing that love in me.

The visual style of this entire movie has made such a lasting impact on cinema that followed. This, like Seven Samurai in my mind, is one of the urtexts that you can still go back to and enjoy on its own merits without just being homework for references you've already consumed elsewhere.

Morricone's score is so parodied and referenced because it's so good. I just put on Ecstasy of Gold and had immediate chills. Incredible.

And just to stop gushing about this movie, if you are ever presented with an opportunity to see this in the cinema, absolutely do so. I caught a screening in 2000 or so and even though I'd seen it half a dozen times by then, it absolutely blew me away.
posted by slimepuppy at 6:18 AM on October 12, 2022 [4 favorites]

my earliest memories of music include this soundtrack, on vinyl, played by my father

imagine what that famous film score did to a very young brain
posted by elkevelvet at 10:12 AM on October 12, 2022

Count me in the camp that loves this movie. Caught it many, many times on cable TV and it was pretty much an instant must watch each and every time.

Also birthed perhaps the greatest GIF that ever was GIFed
posted by ssmith at 10:22 AM on October 12, 2022 [3 favorites]

It was on in the Monday night movie slot on BBC1 when I was just about old enough to see it, and it was one of those life-changing movie experiences - the moral ambiguity alone was a revelation, but also the intensity of the framing and editing. I went to see it on a big screen a few years ago and it's simply gorgeous to look at.
posted by Grangousier at 1:18 PM on October 12, 2022 [1 favorite] 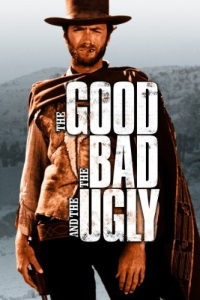