After receiving a call from Harry McGraw asking for help, Jessica rushes to Boston, only to discovers that he wants her to put up some money to sponsor a prize fighter, Blaster Boyle, in an upcoming fight. When the promoter of Blaster's opponent is found dead and Harry is the prime suspect, Jessica has her hands full trying to prove Harry's innocence while training Blaster for his upcoming fight.


This double-length episode was a backdoor pilot episode for the short-lived show The Law & Harry McGraw, but this episode didn't go as far as to include Ellie Maginnis (Barbara Babcock), the prim and proper attorney. On that note, Barbara Babcock has already appeared twice in the show (S1E17 Tough Guys Don't Die, and S2E21 The Perfect Foil), and will play four more roles in the coming seasons.

Sadly, LeVar Burton only appears this once, as the amazingly coiffed reporter Dave Robinson (source: Murder She Blogged). This is also the only appearance for Adam West as the corrupted and corrupting fight organizer, Wade Talmadge, and Ernest Borgnine as the former boxer turned boxing club owner, Cosmo Ponzini.
posted by filthy light thief (1 comment total)
1. I had to look up the word shillelagh because they used it about 20 times: It's a walking stick/club.
2. Episode aired in February but there were three turkey references. Weird.
3. Adam West!
4. Ernest Borgnine!
5. Lois sported the unholy trio of frosted hair, the wet look, and full-length fur!
6. LaVar Burton talkedsofastIactuallywonderedifsomeonehadspedhimupinproduction, butnothat'sjusthowhetalks.
7. Jerry Orbach was just 42!

I was curious about the part when Blaster was in training and Doc would bounce a medicine ball (volley ball) on Blaster's stomach between sit ups. Apparently that's actually A Thing they do with boxers to help them handle blows to the lower torso without getting so winded. Neat.
posted by mochapickle at 7:10 PM on March 21, 2015 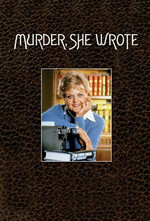