Cordelia sees something in Doyle, but then we find out he's still married. Wacky hijinks ensue, in particular that Doyle's estranged wife's fiancee's bachelor party turns into one of those brain-eating kinds of party.


Carlos Jacott plays his second nice-guy-who's-really-a-demon Buffyverse role (after Ken in BTVS S3E1 "Anne") in this fluffy episode that barely moves along anything but was still pretty fun.

At the end, Doyle has a vision that sends Angel back to Sunnydale.
posted by Etrigan (3 comments total) 1 user marked this as a favorite
The painfully boring Pierce makes me think of a lot of alumni events I go to where everyone is a hedge fund manager or something like that. Sure, I'm poorer than all of them, but when they find out I work in theatre (and do the professor thing), everyone just wants to listen to my crazy stories and not talk about their stultifying work. It makes up for the whole not earning a bajillion dollars thing.

There's an interesting comparison between Doyle "going demon" and Angel "vamping out." Both of them get strength from it, neither of them like that side of them. It's kind of ironic that Angel chastises Doyle for shaking it off when his demon surfaced during the fight, considering. I know Angel is generally okay with vamping out during a fight, but he hides it most of the time. I guess they needed to do that for thematic purposes, particularly with Angel only being able to hold his own against the bachelor party demons in full vamp-face and then Doyle joining him (and Cordelia not recognizing him).

Angel points out Cordelia is changing, on this start to her extreme journey.

"I swore when I went that road with Xander Harris, I'd rather be dead then date a fixer-upper again." Doyle is basically this show's half-demon version of Xander, as Cordelia points out, although the comparison is stronger to her at this point because she doesn't know about Doyle's special abilities, and thinks that just like Xander, he fights for his friends even without this. (It actually makes me think even more kindly about Xander.)

This episode is slight, but basically necessary for Doyle's backstory, giving us an idea of when his demon side manifested, his reaction to it and his lack of demon acceptance, so that Hero in a couple of episodes can have any thematic resonance and emotional impact. It's too bad the character died so soon after, as we were starting to actually get some shading in his character (though the teaches third grade/volunteers at a food bank stuff might be a little over-the-top in the other direction).

The timeline on this episode is a little weird to me. They married when he was 19 and it's four years later, so he's 23 or 24? He got his teaching certification before he met her, so...he was qualified as an elementary school teacher during his freshman year of undergrad? I don't think that's a thing that happens.

The timeline on this episode is a little weird to me. They married when he was 19 and it's four years later, so he's 23 or 24? He got his teaching certification before he met her, so...he was qualified as an elementary school teacher during his freshman year of undergrad? I don't think that's a thing that happens.

I was going to say that I thought it was four years since the breakup:
Harry: "Nope, it was a 'madly in love couldn't live without each other' kind of thing. But I guess times change, because here we are, four years later and living just fine."

But then, they specifically lay out the pre-marriage timeline in just that way:
Doyle: "We weren't even twenty when we got married."
...
Harry: "Francis got his teaching credentials before we even met at the food bank."
(all quotes from Buffyworld's transcript) 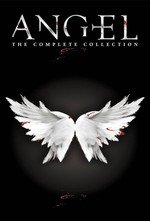