A wealthy, naive young woman falls for a handsome young man who is suspected by her emotionally distant father to be a fortune hunter.


We have director William Wyler and actor Olivia de Havilland to thank for bringing the stage play The Heiress to the big screen for the first time. (The play, itself an adaptation of Henry James' short story Washington Square, was revived on Broadway a couple of years ago, starring Jessica Chastain and David Strathairn.)

Wyler wrote the screenplay, hewing close to the original theatrical version but for a few details. For the three other critical roles in the film, Wyler influenced the film's producers to cast Montgomery Clift, Ralph Richardson, and Miriam Hopkins. Aaron Copland was signed on to score the film. de Havilland plays the titular role, Catherine Soper.

The three principals - de Havilland, Richardson, and Clift - came from three very different acting traditions. de Havilland perfected her craft as part of the Hollywood studio system. Richardson, a RADA alumnus, made a notable early appearance in the Korda brothers' The Four Feathers as well as Carol Reed's memorable "The Fallen Idol." Clift brought the Strasberg/Stanislavsky Method permanently to the big screen (preceded by John Garfield a few years before). It is fascinating that the three actors work so precisely well together.

Wyler apparently softened the play's neurotic edge of Richardson's character, Dr. Soper, so that initially the character comes across as simply shrewd and protective of his awkward daughter. But as one character says about Soper early on in the film, he is so enamored of the image of his dead wife that Catherine is barely visible to him except in her imperfections. His contempt for his daughter is subtle but is revealed in ways throughout the film: it is no wonder that Catherine thrills (cautiously) to the suggestion that handsome, charming Morris Townsend (Clift) might be in love with her. A central, unvoiced question: why shouldn't Catherine be loved, just as anyone else might be? Catherine initially seems unaware that she is somehow "undeserving" of love, at least by her father's lights.

de Havilland, always a strong presence on screen, gave what I consider to be her best performance here. Richardson and Clift are no less brilliant but de Havilland is the emotional anchor. The ending is unforgettable and, at least to some, triumphant in its own way. Apparently Tom Cruise and Mike Nichols once thought of remaking the film, but after a viewing abandoned the idea, concluding that it could not be improved upon. (There have been a couple of other cinematic takes on James' story, none of them remotely in the same league.)

Exactly what Catherine inherits from her father is at the heart of the film. "I love him. Does that humiliate you?"
posted by Sheydem-tants (7 comments total) 1 user marked this as a favorite
Also, "I can be very cruel. I have been taught by masters."

The original line in the play which makes it clear that Dr. Sloper hates his daughter is: "Your mother was dark. She dominated the color" Given that De Haviland was a brunette, the line should have been changed to something completely different than just the word "dark" to "fair". When Jessica Chastain played Catherine on Broadway she wore a mousy brown wig.
posted by brujita at 6:48 PM on February 9, 2016 [1 favorite]

Clift met Elizabeth Taylor when he was told to be her date for the premiere.
posted by brujita at 6:49 PM on February 9, 2016

Here's a full account of what happened to Copland's original score, for the curious.
posted by thetortoise at 10:38 PM on February 9, 2016 [1 favorite]

I don't see anything triumphant about the ending at all, unless you consider a person who's closed herself off to everything and everybody "triumphant." This is really one of the most profoundly sad movies I've ever seen. Watching a father deliberately ruin his daughter's life is not easy viewing.
posted by holborne at 12:18 PM on February 10, 2016

Do you think that she'd been better off having Morris marry her, drain her finances and then dump her once the money's gone ( most likely with kids)?

The late 90s adaptation of Washington Square ends with Catherine running an anachronistic daycare center. I think that she would have used some of her assets to fund what was then called "good works".
posted by brujita at 2:47 PM on February 10, 2016 [1 favorite]

Do you think that she'd been better off having Morris marry her, drain her finances and then dump her once the money's gone ( most likely with kids)?

Nope, and I didn't say it was. And that's a false dichotomy. There's a huge middle ground between marrying Morris and having him ruin her life and becoming basically a hermit because you were brought up by a father who hates you. If her father had been kind and loving to her, she wouldn't have been in the position of having Morris pursuing her in the first place.
posted by holborne at 9:19 AM on February 11, 2016

She had more rights being single than married. In the book she makes it clear that she knows this: "I had nothing to gain [ by accepting any of her other suitors]."
posted by brujita at 3:29 PM on February 11, 2016 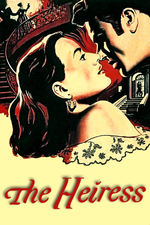