An accountant is chased by bounty hunters, the FBI, and the Mafia after jumping bail.


A lot of great commentary and linkage previously and previouslier on the blue.

Roger Ebert: The two men are played in "Midnight Run" by Robert De Niro and Charles Grodin, an odd couple who spend most of the movie trying to survive a cross-country trip while the FBI is trying to capture them and the underworld is trying to kill them. Along the way, of course, they discover that, despite their opposite natures, they really do like and respect one another.
This sounds like a formula, and it is a formula. But "Midnight Run" is not a formula movie, because the writing and acting make these two characters into specific, quirky individuals whose relationship becomes more interesting even as the chase grows more predictable.

Whoever cast De Niro and Grodin must have had a sixth sense for the chemistry they would have; they work together so smoothly, and with such an evident sense of fun, that even their silences are intriguing.

NYTimes: Just when it seems that the movie is hopelessly lost to the stunt men and second-unit people and when you're convinced that almost any 10 actors in Hollywood could be doing this, Mr. De Niro and Mr. Grodin reappear to give the comedy their own very humane comic dimension.

The members of the supporting cast also do their share of revivifying work, particularly Dennis Farina as the mob boss and Joe Pantoliano as the bondsman.

LATimes: But who said movies always have to be original? This one is redeemed by execution and brilliant talent: De Niro, Grodin, director Martin Brest, composer Danny Elfman, most of the cast and technicians. It's one case where the flaws of the script--Walsh's incredibly rapid location of a man on the lam from both the mob and the government, the relative absence of women, the tight but predictable form--don't really matter. There's some soul behind the explosions, a heartbeat below the slick carnage.

Slant: Also in 1988, director Martin Brest still had a reputation for a mastery of tone in his films. Both the Oscar-nominated Beverly Hills Cop and Midnight Run strike the right balance between jokiness and serious action. Midnight Run's 127-minute running time is a premonition of Brest's bloated later features, yet it feels well utilized. Brest also uses the size of his character actors in the frame for effect. Farina, Ashton, and Kotto appear to tower over us and everyone else; all three give great, loud performances that dance on the cusp of realism. These characters, with a little less bombast, could all be in serious drama. In contrast, Grodin uses his size as a wimpy counterpoint; he's a white-collar criminal surrounded by far more violent blue-collar ones. He's bigger than De Niro, but almost physically shrinks in his presence. Mardukas's sarcastic mouth is the cockiest thing about him.

The movie that made Robert DeNiro bankable

Filming locations
posted by MoonOrb (15 comments total) 2 users marked this as a favorite
This is one of those movies that if I come across it I have to watch the rest of it.
posted by rmd1023 at 3:20 PM on March 1, 2016 [2 favorites]

This movie had so many great comedic exchanges and all the actors, not just the main two, totally sold it. I even love the soundtrack. It's an iconic movie even if it shouldn't be.

Those were some good looking chickens back there, Jack....between you and me.

I mean c'mon. That whole conversation when Grodin is doing the back and forth between himself and DeNiro on the train is hilarious.
posted by miss-lapin at 10:05 PM on March 1, 2016 [3 favorites]

Why are you unpopular with the Chicago police department?
posted by Ipsifendus at 1:53 PM on March 3, 2016 [3 favorites]

That out of the way, nobody has ever been as simultaneously pesty and charming as Charles Grodin in this movie. And DeNiro's slow burn is a thing to behold. This might be the last thing I saw DeNiro in that wasn't a let down.
posted by Ipsifendus at 1:56 PM on March 3, 2016 [1 favorite]

This might be the last thing I saw DeNiro in that wasn't a let down.

I wouldn't go quite that far, but off the top of my head it's the last thing I can think of in which he played a successful comic role. Unfortunately he didn't quit while he was ahead -- during the time since there have been at least two "Analyze (Pronoun)" films pairing him with Billy Crystal and approximately 20 of those terrible Fockers films with Ben Stiller.
posted by Nerd of the North at 6:53 PM on March 6, 2016

This was huge with my circle of friends in the early 90s but I had never seen it until now. It's weird seeing John Ashton as a non-schlub! This movie hits a sweet spot between the Blues Brothers' "wanted by everyone" and Planes Trains and Automobiles' harried road-trip across multiple forms of transportation. I certainly haven't seen everything DeNiro has done since this, but it strikes me that it's at least one of the last movies in which he actually acted and didn't just play himself.
posted by rhizome at 6:44 PM on May 1, 2018 [2 favorites]

OK, I spoke too soon. After this, DeNiro was doing some interesting stuff for awhile like Jacknife, Stanley & Iris, and Awakenings, but Goodfellas was in 1990 and he was pretty well typecast by the mid-90s.
posted by rhizome at 6:53 PM on May 1, 2018 [1 favorite]

This Alan Sepinwall review from 2 years ago sums up pretty much my feeling about this one.

After watching this many, many times (and again last night), I have a hard time thinking of another 30 year old movie that stood the test of time without a single false or jarring moment in it: it's literally a perfect film, masterfully written and played. So enjoyable.

And the score by Danny Elfman (who, by the way, composed scores for over 100 films and never won an Oscar)....

I'm sure I've mentioned Isolation Playhouse (since the beginning of lockdown we've been voting weekly on scripts that we read over Zoom). There's costumes, props, music (when we do musicals).

Next Saturday we're doing Midnight Run.
posted by spikeleemajortomdickandharryconnickjrmints at 7:03 AM on October 8, 2021 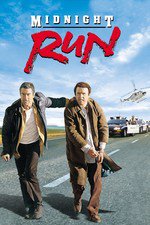