This is one of those movies with a real good slow burn mystery, a smoldering secret at its center that the audience is slowly brought along towards. Michael Shannon's performance is a quiet but powerful rendition of a father's love.
posted by carsonb (17 comments total) 1 user marked this as a favorite
Damn it, I want to see this very very much but have no idea when it'll open in my part of the planet. Jeff Nichols and Michael Shannon have not yet disappointed. Ok, I'll be back when I actually have something to say about the movie.
posted by sapagan at 2:09 AM on March 21, 2016

I was very lucky and saw this at the Samuel Goldwyn Theater (No food or drink! No children! No phones! Everyone watches the movie!) which has rumble boxes under the seats and 80 speakers mounted around the room. I admit I'm getting acclimated to the luxury and it takes a pretty big draw for me to see a film elsewhere. Anyway, for as terse as the dialog is the sound plays a big role and I appreciated the nice setup. Lots of dramatic low rumblings.

After the screening Jeff Nichols took questions from a local NPR host, and he talked about several interesting things. First, he writes on two 'tracks,' one for plot/genre and the other for behavior/characterization. He says it allows him to take the genre elements and dip them in his organic Southern style, merging plot and atmosphere/feeling into a film that feels familiar but still manages to surprise and delight.

And the second big thing I took away was that Nichols incorporated a very personal experience into this film: While he was writing it his infant son became suddenly ill and nearly died. That experience really affected him and his relationship to his son, and became a big motivator for the Roy character. He elaborated that the film could really be considered a parallel to the story of a son growing up and away from his parents, moving out into the world and discovering his true place in it. When you condense that (traditionally) 18-year journey into a few days it becomes dramatically tragic, thus Midnight Special.

So I liked it. The music was great; the cinematography as well. Both seamlessly disappeared into the drama of the film, which I admire. The way the plot unfolded kept me relatively rapt, though the people I saw it with thought it was slow at points. Some things that fell by the wayside I would have liked to see tidied up (like The Ranch and the folks who live there for instance) and I couldn't tell what the meaning of the stuff at the very end of the epilogue was, if it was supposed to be a sequel set-up or if not then wtf?

Loved Take Shelter and Mud was really really good, so looking forward to see this. I'm surprised with all the "indy" directors being snapped up to helm blockbusters (Rian Johnson, Colin Treverrow) lately that he has been overlooked..
posted by PenDevil at 3:53 AM on March 22, 2016

Ugh, I've been waiting for this film for years now and they release it in like two theaters on the coasts and no sign of a wider release. Nichols might be my favorite filmmaker right now but Warner Bros doesn't want my money apparently.
posted by octothorpe at 7:09 AM on March 22, 2016

I couldn't tell what the meaning of the stuff at the very end of the epilogue was, if it was supposed to be a sequel set-up or if not then wtf?

Open ended conclusions seem to be a Nichols signature, Take Shelter and Mud both have them.
posted by PenDevil at 11:44 AM on March 22, 2016

TV commercials round these parts say April 1. As does the official website."

Huh, I swear that the website didn't say that a few days ago.

I couldn't tell what the meaning of the stuff at the very end of the epilogue was, if it was supposed to be a sequel set-up or if not then wtf?

Are you talking about the long close-ups of the three main (adult) characters? I think it's like you call it, an epilogue. It gives you time to look at each one of them, consider what they've sacrificed, and imagine what's going through their minds and maybe what's in their future. But I think it's fairly clear that their stories are over — we've just seen them live through the most important events of their lifetimes.

Also, I know Kirsten Dunst doesn't have much screen time and she's not asked to do much (and especially not anything particularly Dunsty) but she is so good in this.
posted by Mothlight at 7:17 AM on March 24, 2016

Are you talking about the long close-ups of the three main (adult) characters?

Yeah! But on the very last one something happens (mouseover for spoiler). Depending on the meaning of that, one of the main characters' future could be very different than the others I think.
posted by carsonb at 2:52 PM on March 24, 2016

TV commercials round these parts say April 1. As does the official website."

Bah. April 1 and still only playing in limited cities. I guess I'll have to wait for video.
posted by octothorpe at 6:35 AM on April 1, 2016

Saw it last night with my wife, and we made up ⅓ of the people in our screening.

I don't think it sets itself up for a sequel. The final shot was more of a reveal of something that had been hinted at throughout the movie. If Alton is special, how did he get that way?
posted by emelenjr at 4:41 AM on April 22, 2016 [3 favorites]

I don't think it sets itself up for a sequel. The final shot was more of a reveal of something that had been hinted at throughout the movie. If Alton is special, how did he get that way?

My wife and I just watched it through Amazon video. It was amazing right up until that epilogue. Ugh, just a beautiful, tense, and captivating film ruined by leaving SO MUCH unexplained.
posted by Ber at 7:58 PM on July 31, 2016

"Ugh, just a beautiful, tense, and captivating film ruined by leaving SO MUCH unexplained."

I'll have to politely disagree. I'm always happy when I (as audience) am left in the same boat as characters in the film: not knowing. That's why No Country for Old Men is one of my favorites.

Understanding the where/why of Alton would only have diminished things for me.

Unrelated: can I just say that the satellite falling on the gas station was one of the more intense action scenes in recent memory? As opposed to all the huge BANG! and GLAM! of modern blockbuster Marvel properties or Michael Bay films, it felt serious and threatening and above all plausible. I was fascinated by the way the filmmakers put it onto the screen.
posted by komara at 1:47 PM on August 14, 2016 [4 favorites]

"leaving SO MUCH unexplained"

I am asking in a friendly and conversational and non-antagonistic way: what would you like to have seen there at the end? I'm curious.
posted by komara at 1:48 PM on August 14, 2016

Finally got to see and maybe didn't love it as much as I'd hoped but did admire it quite a lot. I saw Close Encounters the night before in preparation and I liked how it did riff on that older film a bit but not slavishly. It's interesting how this film came out the same year as Stranger Things and share so much borrowed DNA with it but carries its influences much less clumsily than the Netflix series.
posted by octothorpe at 5:07 AM on October 28, 2016

I liked Take Shelter and Mud just fine, but I felt like this movie was pretty silly. Just recently I saw the last five minutes again, and it seemed just kind of too-serious for being so ridiculous.

Something here seems to be not-for-me, though. I feel like the common factor is that, while they both try to end in mystery, they also both try to end in something like action-drama. I don't think those mix very well for my tastes; the mystery is too mysterious to sell the drama, but having characters emoting hard and running around doesn't sell it either and has an opposite effect of feeling forced and kicking me out. (If it was mystery and horror, I'd probably accept it.)

But maybe there's something about the quality of the mystery itself. Spielberg could pull off Close Encounters because he could do families amazingly well, he could pull off the mashed potatoes scene because of the chaos of the family around it. E.T. works not because Eliot looked like the Platonic form of precious child, but because he called his brother "penis breath" and had a single mom who was a sexy cat for Halloween and a little goblin-like sister and a doofus jerk older brother. So many people who try homages to Spielberg, like Super 8, like "Stranger Things", completely fucking utterly fail to portray any believable human family dynamic on screen, and so entirely miss the point. I scream this angrily at the sky, as I do every morning! (Arrival fails in these areas too even though it's trying to be more like a really long TV commercial than a Spielberg movie.)

Through family you can touch humanity, and if you are making a movie about alien contact you need to have thought about humanity and have something to say about it. And that's not easy. I don't really like Contact but it had something to say at least. Really though, more to the point, having characters who feel like real humans is good for most movies.

Does this movie have anything to say about humanity? I don't remember, I just remember a "special child mcguffin" plot that could be, idk, the psychic child who controls the laser satellites and is the key to unlock the alien obelisk, quick, hurry, run run run; that could be a million movies. Is this movie deeper than Ultraviolet?

What can some fancy shmancy architecture that looks as if the guy who did the bridge model in Die Hard was asked to redesign all of Dubai -- like, what could it possibly really say, hovering in the air over a sweaty, annoyingly-color-corrected Florida? IDK I'm not smart enough. Please movie, pls show me your cards or get more weird or more fun, don't ask me to look at Kirsten Dunst's face hard emoting stuff I don't feel or believe, movie pls.
posted by fleacircus at 4:27 PM on June 15, 2020 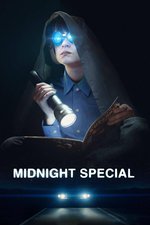