Blair Underwood is a dad whose daughter was murdered who puts up a billboard against the gun store that provided the gun. Lucca hates her cube. Jason has a "friend from New York." Grace gets busted for plagiarizing a college essay.


Screw You, Gloria's Guns: The episode starts out with two minutes of Blair Underwood celebrating the awesomeness of his daughter Yesha as she grows up---and then gets shot in the throat while still in her prom wear. Literally two minutes into the episode and you want to cry, folks. Anyway, while the shooter's been convicted, Blair has put up a billboard blaming Gloria's Guns (shop) for selling the gun to the killer. Judge Abernathy, who is not a sympathizer towards guns, has to toe the law: while he finds in favor of Gloria's Guns, Blair will have to pay a whopping ten cents per day to the court for every day that billboard is up. "Hey, I have $40, can I pay right now?" Sure! If this is Judge Abernathy's last farewell, it's a good one.

Plagiarize! You'd think a college essay by Grace "My Dad's An Ex-Con Governor Who Failed To Run For President" Florrick would be pretty distinctive from the other kids' essays. You'd be wrong because she gets busted for plagiarism for being run through some plagiarism software. Which Alicia knows is bupkis because the things flag quotes and since students tend to write in boring cliches, they'll flag for saying things like "I learned a lesson here today" or whatever. Alicia cheerfully and viciously plots a lawsuit, which impresses a suspiciously-black-haired Grace to declare that she'll also become a lawyer. Somehow that doesn't surprise me this season.

Sisters Are Doing It For Themselves: Lucca hates her cube. Jason is all, there's an empty office over there, why don't you just take it? Everyone else points out that legal offices don't work like that. But Alicia talks to Diane about it and the office is secured. They also discuss that all-female firm thing (Diane thinks the guys are trying to do her in anyway), enough that when Cary point blank asks Alicia if it's happening, she is so lying when she says no. Poor Cary.

"Friend From New York:" Alicia (who WAS laying off from drinking) spots Jason making out with a blonde in a bar. She can't get up the nerve to ask him about it, but Lucca does. Yeah, that's a fuckbuddy sort of friend. What are you going to do, Jason? Well, never mind, Alicia and the world's grossest piece of pizza come to the conclusion that under the circumstances, she can't expect monogamy from Jason, so never mind. By the end of the episode they are so third-wheeling poor Lucca as Alicia whispers her intention to get caught making out with Jason in public, because she's not gonna waste the next 20 years.

Oh Yeah, The Grand Jury: Alicia doesn't claim spousal privilege and answers boring questions about Lloyd the donor, which shocks Matthew Morrison. Eli is still hogging the bathroom vent. I seriously forgot this plot was even in the episode.
posted by jenfullmoon (6 comments total)
A decent episode. It looks like Alicia is finally learning not to give a damn and it's refreshing...
posted by Alexandra Kitty at 9:55 AM on March 21, 2016

I'm starting to think that the symmetry I've been expecting will be Alicia getting very publicly caught cheating. Bring your own opinion on whether or not this represents personal growth on her part.

That was a loooong pause when Alicia lied to Cary. He had to have seen through it. And as for "poor Cary," his decision to make the gun case about fact and not opinion would seem to support Diane's take on him.

I was distracted during the opening scenes and thought it was just another commercial for cell phones.

Plagiarism, is it bad that my first thought was helicopter mom and all the stories recently about parents intervening with their offsprings' professors.

I wanted Lucca to take over the office space on her own like those urban legends of people showing up to work without being actually hired.

Was this the "Jason might not be what he's cracked up to be" narrative dispensed with, one and done? And she doesn't mind getting caught in public because it's her turn?? So sad for the kids to have to go through that again.

I also hated that Alicia lied to Cary. That's the beginning of the end of their relationship. And Alicia deciding she was okay with Jason kissing that woman at the bar was ridiculous. Alicia, you've been dealing with a flagrantly unfaithful husband for years. You don't need more of the same.

However, Alicia almost saying "the fucking Sermon on the Mount" was awesome.
posted by orange swan at 6:26 PM on March 22, 2016 [1 favorite]

Yeah, but at this point Alicia is the one who's the dirty cheater. She can't reasonably expect monogamy out of the guy when she isn't offering it herself. Hypocrisy.

I think Alicia and Cary's friendship already died awhile back, but the lie still sucked.
posted by jenfullmoon at 7:01 PM on March 22, 2016 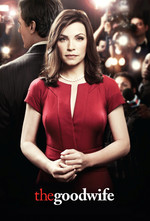