The discovery of a severed human ear found in a field leads a young man on an investigation related to a beautiful, mysterious nightclub singer and a group of psychopathic criminals who have kidnapped her child.


WaPo: In "Blue Velvet," everything is geared to create an impression--it gives the movie a juvenile, "Wouldn't it be neat if ..." quality. "Blue Velvet" isn't about David Lynch's view of the world, it's about David Lynch; he isn't interested in communicating, he's interested in parading his personality. The movie doesn't progress or deepen, it just gets weirder, and to no good end.

NYTimes: Mr. Hopper and Miss Rossellini are so far outside the bounds of ordinary acting here that their performances are best understood in terms of sheer lack of inhibition; both give themselves entirely over to the material, which seems to be exactly what's called for. Both Miss Dern and Mr. MacLachlan - the ''Dune'' star who is the straight man of the piece, and resembles a young Robert Vaughn -do a fine job in a more controlled, normal mode that in its own way seems equally demented. The cinematography, by Frederick Elmes, has a constant edge, in both its exaggeratedly sunny stages and its murky ones.

For those with the temerity to follow it anywhere, ''Blue Velvet'' is as fascinating as it is freakish. It confirms Mr. Lynch's stature as an innovator, a superb technician, and someone best not encountered in a dark alley.

Roger Ebert: The sexual material in "Blue Velvet" is so disturbing, and the performance by Rosellini is so convincing and courageous, that it demands a movie that deserves it. American movies have been using satire for years to take the edge off sex and violence. Occasionally, perhaps sex and violence should be treated with the seriousness they deserve. Given the power of the darker scenes in this movie, we're all the more frustrated that the director is unwilling to follow through to the consequences of his insights.

"Blue Velvet" is like the guy who drives you nuts by hinting at horrifying news and then saying, "Never mind." There's another thing. Rossellini is asked to do things in this film that require real nerve. In one scene, she's publicly embarrassed by being dumped naked on the lawn of the police detective. In others, she is asked to portray emotions that I imagine most actresses would rather not touch. She is degraded, slapped around, humiliated and undressed in front of the camera. And when you ask an actress to endure those experiences, you should keep your side of the bargain by putting her in an important film.

David Lynch, Still Disturbing After 20 Years: The central question of "Blue Velvet," voiced with winning bluntness by Jeffrey, is "Why are there people like Frank?" Frank, played with insane gusto by Mr. Hopper, is such a one-of-a-kind monster of obscenity that the line might make you laugh: Are there people like Frank? But it's a sincere question, because in Mr. Lynch's imagination there are. Frank is, when you come down to it, a child's vision of adulthood, the cartoon embodiment of all the things a curious kid might picture grown-ups doing when they're on their own and out of sight: they do drugs, they curse a lot, they have parties with incomprehensible friends (like this movie's indelibly weird Ben, played by Dean Stockwell as the epitome of suavity), and, when the opportunity presents itself, they have fast, loud, ugly sex.

It takes a mighty innocent eye to see the world that way: a way that, although it generates monsters, also keeps everyday life interesting, surprising and perpetually strange. That's what all Mr. Lynch's movies are about, and why they have, in their demented fashion, a kind of Peter Pan quality: they're made by someone who has willed himself not to outgrow the immediacy and berserk randomness of a child's perceptions, and to take the really scary stuff along with the really neat stuff, just as it comes.

Mr. Lynch's Neverland, whether it's called Lumberton or Twin Peaks or Mulholland Drive, is by design timeless, fundamentally impervious to the grown-up perspective that lets most of us assimilate our experiences into something like a traditional detective story: a narrative that explains the past and allows us to move (however dully) on. The world "Blue Velvet" creates is static, an imaginative city of simultaneity in which everything, good and bad, is present all at once.

The Guardian: Watched again over 25 years later, Blue Velvet looks even more bizarre than ever, a disorientating palimpsest of moods and eras and genres. It's an intensely 80s film in many ways: MacLachlan in his white jeans and shirt looks as 80s as Michael J Fox in Back to the Future. But perhaps only the tape-deck playing In Dreams signals this period explicitly. The rest of the time it could, of course, be a Forties noir.

Trailer
posted by MoonOrb (3 comments total) 2 users marked this as a favorite
From Salon:

I'm not sure of the confusion here. Frank has her husband and child hostage, and is brutally raping her, which she must pretend to be okay with for their sake. The WaPo piece seems likewise conflused about the difference between sex and rape.
posted by maxsparber at 12:36 PM on March 30, 2016 [3 favorites]

Blue Velvet was the first of what I consider Lynch's "puzzle movies," which have an overt theme that mostly but doesn't quite work -- Jeffrey and Detective Williams are the good guys, Frank and the Yellow Man are the bad guys and Frank has Dorothy in his thrall, the maiden needing to be rescued. It is only after considerable thought and re-watching that you realize the true theme is almost the opposite of the overt theme; Detective Williams is running the drug ring and Frank and the Yellow Man work for him, Jeffrey is destined to take Frank's place and inherit the affections of Dorothy, who is not entirely unwilling to be in this dangerous but thrilling position. And oh yeah the bird that Sandy is so inspired by in the last scene is a taxidermied corpse, not because Lynch is a cheap filmmaker who couldn't afford a real bird but because everything she believes in is a lie.

I think Lynch got tired of making puzzles though because, as mostly happend with Blue Velvet and Twin Peaks, people kept just taking the overt false narrative as being the theme of the movie because they didn't put the work in to really understand it. So he began making his "incomprehensible" movies, like Lost HIghway and Mulholland Drive, which still had hidden narratives but didn't have an overt narrative at all. They just don't make sense at all if you don't find the key.

Lynch has a history of coaxing heroic performances from his actors. The retrospective on the anniversary DVD for Blue Velvet is as interesting as the movie, as the actors examine their own legacies. Isabella Rossellini worries that she might have done her job too well, and Dennis Hopper declares flatly that he is, in fact, Frank Booth.

It's be a long time since I watched this and I don't think everyone was misunderstanding that there were levels of theme that were hard to get but there is still the element of OMFG WHAT THE HELL IS GOING ON HERE, IS THIS WHAT THE WORLD REALLY IS UNDER ALL THE NICE TV SITCOM PERSONA OF EVERYONE? Which makes it tricky to examine in depth, like just right now I don't feel in a position to rewatch and when I'm feeling stable enough to dig into something like that and would be no problem if it were for a class or something would often just not want to really go there, ironic paradoxes on so many levels.
posted by sammyo at 6:44 PM on March 31, 2016 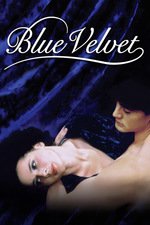