Petty squabbles over bacon end up looking like nothing once other concerns come up.


The first few minutes of this episode are gonna look like nothing compared to the rest of it. But anyway:
(a) Mike starts dating Erica, last single woman on earth, and finds out she's a burglar who did some time for armed robbery in Australia before coming up with an American identity and getting a job with the State Department. Who knew? Everyone just got hung up on the whole Australia thing!
(b) Carol has now blinged up a "BUN IN THE OVEN" sweater for herself. And has polka dotted pants. And is walking with a pregnancy waddle for no good reason already. Her pregnancy is announced to Gail, who is basically all "whatever, I just saw a flying thing."
(c) However, Gail is apparently drunk enough to not be able to use the word "drone" and her descriptions of the flying thing are so terrible that everyone thinks she's too stinko. At this point Gail figures she'd better quit drinking.
(d) Phil and Mike eat the rest of the bacon without consulting Todd. Todd is mad at both of them.
(e) Mike milks the cow.
(f) Mike starts coughing up blood.

Everyone reasonably assumes at this point that Mike has the virus--especially when the cow dies--and Mike is moved into a protective bubble and everyone else puts on funny airlock suits and wonders if the babies can get the virus. Everyone else sleeps elsewhere, but Phil sleeps next to Mike in his bubble, singing "Falling Slowly" again.
The next morning, Phil wakes up to find that Mike has left, leaving him a note saying he didn't want him to have to say goodbye to him again.

Wow, that was sad.

Seriously, I don't know squat on Jason's career, but is he that busy that he has to be killed off already?

Things Gail claims she saw: flying record player, flying skillets, two hovering griddles, a whole mess of floating hair dryers.
"Gail, honey, how much have you had to drink today?" "A lady never tells."
"Do I mrink too much?" "I think you just answered your question there." --Melissa and Gail.

"I somehow got arrested for leaving a bank with money that wasn't mine," and a gun that turned out to be mine..."an armed misunderstanding." --Erica somehow commits a crime in the way that I bet Phil would do it, and explain it.

"You're my original bacon brother." -Phil to Todd
Todd tells Phil it's like he dropped a big stinky...on his heart.

"Maybe there's a way to be smart and stupid at the same time." --Phil as he thinks of the bubble/suits idea

"This is actually a pretty typical second date for me, you know." --Mike to Erica from inside the bubble. Yes, they kiss through the bubble like it's Pushing Daisies.

"Look at him and those demon eyes."--Phil to the orphaned baby cow.

I concur with the Vulture review:

"Up until now, the second season has revolved around Mike's arduous, stratospheric journey to unite with his brother. If it's all going to be thrown away this easily — and that seems doubtful, but you never know — then the show better be prepared to answer questions about where it's headed, and why it decided to do so after all this business with Mike. Everything suggests that it's yet another move in a longer game, but as the episode concludes, we're left wanting more. In the world of week-by-week serialized television, that's widely regarded as a good thing, but the line between "engrossing" and "unsatisfying" can sometimes be difficult to distinguish. Mike didn't hurtle through freakin' outer space just to be felled by a bloody cough like some Moulin Rouge castoff. To bring him all this way just to tear him down would be a waste of the show's time. There has to be more."

posted by jenfullmoon (4 comments total) 2 users marked this as a favorite
This was the funniest episode in a long time. Lots of payoffs from earlier setups. Some great one-liners (better than being a Godfather III, boom!) and the 'Falling Slowly' scene was quite moving.

The drone pilot can't be boat guy, who is the only other human we know is alive, right? He wouldn't fly something onto virusy land and back.
posted by IanMorr at 9:16 AM on May 10, 2016

Boat Guy was way over on the East Coast. Seems like more trouble than he'd be willing to go to, to sail all the way around the continent (assuming that one could even get through the Panama Canal) just to check out the Malibu people, especially since he seemed convinced that anyone else must be part of the government conspiracy.
posted by Etrigan at 9:38 AM on May 10, 2016

You're my brother, but how would you like to be godfather too?

My theory is that if the drone is real and not just Gail's drunken hallucination, it's being sent out on the part of a secret hidden community below ground, like Mount Weather on The 100.
posted by jenfullmoon at 7:28 PM on May 10, 2016 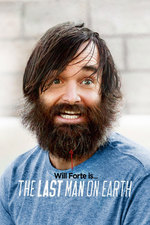