The Oklahoma City Thunder are playing the San Antonio Spurs for the Western Conference Semi-finals. Game 5 airs 5/10/2016. As of this posting, the series is tied. The narrative so far: Hero Ball vs Death Machine.


This is the first NBA playoff discussion on Fanfare. We will be chatting (and predicting, and dropping links to relevant news/vines) about the entire rest of the series in this thread. Other series can be discussed in their individual threads--which you can track by joining the NBA Club. Rabid fans and bloodless quants are all welcome, though keep in mind the rule of Dope, Not Dope applies to all teams.
posted by Potomac Avenue (12 comments total) 1 user marked this as a favorite
This series has also really, really confirmed that Tim Duncan coming back for another year is probably not a thing that should happen.

I think hero ball takes this one tonight. LMA is due for a poor shooting night and I think Pop will keep him out there a bit too long. Durant has regained his fierce face. Dion Waiters can only ruin 1 game per series per his contract. And the thunder bench can hardly get any less impactful.

It's going to come down to whether David West can make floaters in the last 60 seconds again, somehow he always has the ball in these situations.

I think we all just saw Russell Westbrook prove that he can score even with Leonard damn nearly grabbing his junk.
posted by Dr. Zira at 8:22 PM on May 10, 2016

I actually think I get why that foul wasn't called. Instead of just tackling Russ Kawhi wrapped his arm around his body trying to steal the ball or grab his arm. Russ went into his shooting motion immediately and Kawhi didn't get a good piece of his intended target so the refs swallowed their whistles like "Let's see how this plays out".

Really this is LMAs fault for swiping at him. Either stand still and smother the shot with a full body hug foul or just get out of the way and be down 3. The shitty swipe and then duck is the worst possible outcome.
posted by Potomac Avenue at 4:42 AM on May 11, 2016

Feels to me like the Thunder win the series now. But they have to take this next game.
posted by Potomac Avenue at 4:45 AM on May 11, 2016

If Boban isn't proof that Orcs once walked middle earth, I'm not sure what to believe. There's a great pic of Matt Barnes reacting to inbounding past him and he's just grinning and shrugging towards him like "seriously? I'm supposed to throw past this guy?"

I haven't caught as much of the series as I'd like to, so I don't know quite what to think. I'm from seattle and live in the bay area now, so I'm pro-warriors, and anti-OKC. That being said, the spurs just completely terrify me. Even with the 3-1 record against them this year, they hadn't beat the spurs in San Antonio for 33 straight games. I think it was 1998 was the last time. I've seen the spurs rest their starters and still blowout basically this same team last year, the year before, and knock them out of the playoffs before that. LMA and Kawhi are not going to just fall over or have a run of bad games.

OKC I think can take this, and I've been watching Adams for a while, but haven't caught much of Kanter this season, so I find the sudden Twin Tower hype a little surprising. Durant and Westbrook are both so good and complementary that when they find their groove it can be devastating, but they have a tendency to get out of phase and sloppy. If their front-court can smooth over those bumps this might finally be that click they've been waiting for.

San Antonio can certainly still win, though. I don't think they have anyone quite irritating enough to set off Westbrooks emotional tunnel vision, but Parkers playing better than last year, and I've been thinking their big 3 have been about to retire for years now.

Which leaves me hoping this series goes to 7 and the W's can cinch up portland and be nicely rested. Go everyone! Play as many minutes as possible! Fight for every point!
posted by lkc at 4:18 PM on May 11, 2016 [1 favorite]

Kanter's transformation is surprising imo. Something happened in these playoffs to amp up his defense and make him cut harder and catch the ball better. Maybe it's the staggering of Durant and Russ, which apparently Donovan wasn't doing before.

My prediction tonight: LMA comes back with the dream shakes, and Kawhi goes off with like 6 steals, while Russ comes on too strong in the first half and OKC needs to battle back down a dozen in the 3rd with contributions from the bench. Then the fourth quarter is just going to be freaking LIVE. At least 1 fistfight. Someone's getting ejected. Someone else breaking a finger. The ball levitating over the court on a jump. Pop wearing Sager's jacket chanting 13th Floor Elevators tunes in Sumerian conjures Reverse Boban, who looks the same but has inverted colors and sings Wagner while doing And1 mixtape type handles. Winner: our eyeballs.
posted by Potomac Avenue at 6:45 AM on May 12, 2016

[OKC won the series 4-2 -- The following is an aftermath comment.]

Prediction: Tim Duncan stays on as a player-mentor.

I think that might be an issue since I don't think Manu Ginobili or Tony Parker will quit before him, but they seriously need a fresh young point-guard.

I really really don't like Tony Parker for all sorts of reasons, but the guy has been playing pro since he was, what 16? He's been better this year than last, but I don't think he can keep keeping it up.

Point Guard is the most stacked and (currently) important position, and Parker is productive, but really slowing down.

I loathe the idea of a better Spurs team, but is John Wall an option?
I've always wanted a Wizards and Warriors finals series (its an NES thing), but DC seems to not know what the hell they are doing with their players, and I'm pretty sure he could facilitate with Kawhi at the 3 instead of having Beal backcourt. Especially since Lillard/CJ McCollum just took the 2nd best backcourt title.

LaMarcus Aldridge was their first all-star signing since -- ever? At least the Greg Popovich Era, and they've done gangbusters with him, and it gave Lillard space to shine. If Kawhi Leonard had been drafted by the Sixers or Nuggets (sorry) would he have been playing 2x DPOY level now?

Chris Paul is probably an option at this point, but I think John Wall would be a better investment.

John Wall - Kawhi Leonard seems like a good answer to Russell Westbrook - Kevin Durant (and I think Durant is going to re-sign for a year so he and Brody can split-stay-or-play together).
posted by lkc at 11:17 PM on May 12, 2016 [1 favorite]

I'm not a Spurs fan, but watching Timmy hug Ibaka after that sad block to end the game, gotta admit I teared up. Hero ball forever yall!
posted by Potomac Avenue at 6:19 AM on May 13, 2016

I have to say that watching Westbrook change his style from trying to score as many as he can has made the league more interesting and has been very entertaining to boot. Shame about Timmy though.
posted by ersatz at 1:18 AM on May 15, 2016 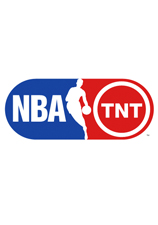