It's an episode of discoveries! The bugs can be ejected from a human host -- it just takes booze and music and sex with Aaron Tveit. Also, the bugs can communicate via their hosts, and "You Might Think" turns out to be a faster version of the interplanetary music of the spheres.


Gustav makes the frankly insane leap of logic from "Parts of the bugs live on after being separated" to "They're from outer space" (before the one bug they managed to capture is locked away in a CDC vault). And Laurel, freshly debugged, discovers that Red is trying to gerrymander Maryland (and DC, for some reason) into a series of crop-circle-like designs pointing at the Capitol.
posted by Etrigan (4 comments total)
This was my favorite episode so far. I especially loved the sequence whereby Laurel was "debugged." This is the point where I start actively recommending this show to people.
posted by zeusianfog at 1:47 PM on August 3, 2016

The chocolate and the salami.....so funny. If only sex with Aaron Tveit were the cure for everything.
posted by the webmistress at 8:26 PM on August 3, 2016

I'm more of a MEW person myself by this episode was very good.

This is one of those series where I thought it would be ridiculous when I heard the concept but was convinced to give it a shot by the cast and crew, and was very pleased as a result. Not HANNIBAL level shock and awe but very good.
posted by Justinian at 8:56 PM on August 3, 2016

The bugs can be ejected from a human host 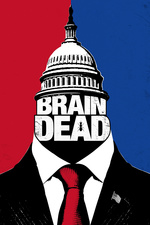