Things really get moving here. Veronica gets hired to track down a classmate's long-lost (or dead?) father, enlists Wallace to start taking records from the office, dates Troy, and tries to get to the bottom of the mystery around her own mother. Oh, and what kind of medication is Duncan really taking?


Does the treatment of trans folks feel a bit dated? Sure. But while Buffy was struggling to portray lesbians as fully human characters just a few years earlier, this is head and shoulders above that.

This is the episode where I got totally on board. No more Paris Hilton. Wallace gets more to do. The jerks are still jerks, but they're complicated. Veronica is a true hero, but in a lot of ways, she'd still rather be the carefree girl she was last year. There are lots of mystery threads that keep you wanting to see the next episode and wondering who did what.

Go90 stream. IMDB. Wiki. AV Club. TWoP. Markwatches. Go Pirates.
posted by rikschell (2 comments total)
It's been a while since I last watched through, but I thought that it was a nice setup re: Veronica's mom (Lianne) and Jake Kane. We already knew there was something going on with her splitting, but introducing it over the dinner table and Keith referring to it as a "case" was a clever way of injecting complexity. Definitely a slow "show, don't tell."

Great contrast between the Mars' and the Kane family's dynamics (and economic class; the Kanes have a servant wearing a maid's uniform).

Surprised how complex the Duncan character is written right out the gate (and most of the other characters - this feels like a cohesive ensemble cast spoiler*).

How the trans issue was handled, and ultimately resolved, was what crystalized my interest in and love of the show. tmi redacted

What do people think about Veronica's voiceover inner narrative? I think Bell emoted well enough and the writing was tight enough that it wasn't really necessary, but ended up giving the show a particular character/voice. iirc, My So Called Life (1994) also had a voiced inner monologue by the main character?

*(iirc) when even Logan gets to be a complex character later after being written as the 1 dimensional counterpoint character
posted by porpoise at 7:58 PM on October 4, 2017

I mean, the voiceover is so typical of the hard boiled PI genre, it works, and it shows how self aware Veronica is. It especially works in season 2,when Veronica is playing out all the high school tropes and totally knows it, but what else can she do?
posted by rikschell at 8:21 PM on October 4, 2017 [2 favorites] 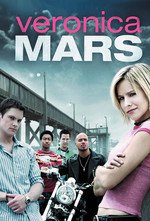