While Shadow tours Cairo and gets a lesson on its history, Laura and Sweeney meet with Baron Samedi and Maman Brigitte and make a deal. Wednesday takes The Djinn and Salim to meet with Alviss, the King of Dwarves. [Show only]


American Gods Season 2 Episode 5 Review: The Ways of the Dead -- American Gods leans into weirdness and political statement in equal measure, in an episode that travels from Illinois to Louisiana and back. (Ronald Hogan for Den of Geek)

“The Ways of the Dead” is a tale of two dead girls, all centered around a man who gets them into trouble. One of these dead girls is an anonymous white woman found dead at the turn of the 20th Century, who gets a man into trouble and then gets a man killed. The other woman cheated on her husband, was killed, and came back driven by a mission to save and protect a man from danger.

Episode soundtrack via Tunefind
posted by filthy light thief (1 comment total) 1 user marked this as a favorite
I really like how when the writers visit an important event in the past, the pivotal character just happens to look just like Laura. I think it's an implied nod to reincarnation, as if Laura's soul has always been mixed up in events that are leading to whatever ultimate fate awaits.
posted by ambulocetus at 5:49 AM on April 14, 2019 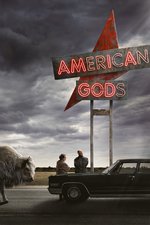