Abyss is a glowing marble that brings people back to life. Cha Min is an unattractive, but wealthy, bachelor who is contemplating suicide over a lost love. things go awry and he dies, but is brought back to life by aliens and the glowing orb -- the thing is, he's brought back in a new body, one that reflects his soul, which is beautiful. He then discovers that his friend, who he has long held an unrequited crush, has been murdered -- he resurrects her with Abyss, which has passed to him, and she returns, but in a body much less beautiful than before. together, they set out to solve her murder.
What follows is part rom/com, part sci-fi, part murder (oh, there's more than one!) mystery, and part soap opera (lots of cliff hanger endings).

It's fun!
posted by OHenryPacey (8 comments total) 4 users marked this as a favorite
I'm halfway through ( I actually can't believe there are 16 episodes). Each episode is almost an hour, so I watch it when I can. The main characters are likable, the baddie is a dastardly foil for them, and a lot happens in most episodes. it's definitely different than standard american tv shows and I am enjoying it because it definitely doesn't take itself seriously. I think the acting is great too. Also, they eat A LOT of Subway.
posted by OHenryPacey at 10:03 AM on August 3, 2019 [1 favorite]

I've added this to my Netflix queue and am looking forward to checking it out!
posted by Stacey at 6:48 AM on August 5, 2019 [1 favorite]

OK I thought I would comment again now I've watched a bit of it. I'm enjoying. I particularly like the kind of Greatest American Hero aspect of the orb.

One thing though-in the first episode there's a scene where the female lead comes out of what looks like a university building. Men are all there with flowers. She rejects them all to accept her father's flowers at which point they cheer him as father-in-law.

I haven't finished, but one thing that drives me crazy about this show is how dumb the characters act when it's convenient to the plot. Oh, you're trying to track down the serial killer and you found where he's staying? Yeah definitely don't bring the cop that's been helping you. The people that has your loved one kidnapped and is extorting you into doing things for them but is only communicating by phone and doesn't know where you are? Sure, don't involve the people who have been trying to help you and instead betray them. The patient going into the ambulance may be the culprit but you can't see his face? Oh sure just let it drive away and tell people you checked when you haven't and definitely don't follow the ambulance.

Like, this is The Flash level idiot ball tossing. The only competent one is the bad guy whose undoing is his own hubris and when the leads are suddenly smart again.
posted by numaner at 10:16 AM on July 6, 2020

One thing though-in the first episode there's a scene where the female lead comes out of what looks like a university building. Men are all there with flowers. She rejects them all to accept her father's flowers at which point they cheer him as father-in-law.

It's an trope with asian shows, it does not happen in real life anywhere in the world to people who are not celebrities. I guess they're showing a parallel between the girl/guy and their school celebrity status.
posted by numaner at 10:19 AM on July 6, 2020

I started watching this without having been told anything about it and am enjoying it.
It has shown me that standards of beauty and their variations around the world are just indecipherable to me.
posted by Seamus at 12:32 PM on December 8, 2020 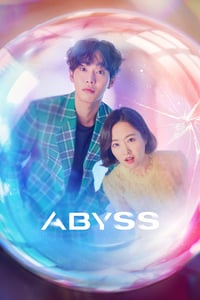