A new team assembles to restart the Quantum Leap project. Lead physicist Ben Song takes an unauthorized leap into 1985 as the team scrambles to figure out what happened and how to get him back.

TV Line - Quantum Leap Boss on Choosing to Do a Continuation Instead of a Full Reboot: 'It Would Be Crazy to Cast a New Sam'
posted by oh yeah! (17 comments total) 5 users marked this as a favorite
I guess I can understand the writing/casting choice of making leaper Ben and hologram Addison an engaged couple rather than trying to compete with the memory of Sam/Al. But it seems like it's going to be unsustainable/unsatisfying in the long run. I mean, Ben's surely going to leap into romantic scenarios -- is Addison going to have to be silently angsty over it every time?

I don't know how to judge this one. Raymond Lee is a decent enough lead. But the nostalgia factor of original QL has set the bar awfully high.
posted by oh yeah! at 8:32 PM on September 19, 2022

I liked the lead. He has a pretty good "What the hell is going on?" face which is essential for selling the premise.

I liked the throwback to the classic "stepped into the quantum leap accelerator and vanished" intro.

I'm not sure I like the B plot of intrigue and plotting happening in the current time. Honestly, Ziggy is better as an unseen character.

The replacement Al is not very good at all, but Dean Stockwell is a very hard act to follow.

I won't use any swear words.

Serious Randall Park is fine I guess, but I already watch Bull for the home-office sciencing procedural. The old one was very much Sam in isolation with his experiment, but I didn't get much of a "trying to get back home" vibe with this one. The musical padding makes a big difference, too. It's like the old one was very much a different "movie" with each episode, while this feels like it's gonna shoehorn each situation into the grimdark vibe. The traling bumper showed a Old West snippet, so I'll peg that as the true test. Big shoes to fill!
posted by rhizome at 11:03 PM on September 19, 2022

I’ll give it another episode or two, but I don’t think I’m likely to stick with it. I’m getting really tired of show writers setting up mysteries to keep us hooked, and I just don’t care anymore. What’s in the new code? Don’t care. Why did Ben leap? Don’t care. What’s up with Al’s daughter? Really super doooooooon’t caaaaaaaaaaaaare. It’s just trite now.

Having Ben jump into some interesting stories would be good, but that didn’t happen this week, and it’s going to be hard to really flesh out his leaps in an emotionally resonant way if we’re also spending quite a bit of time with the team back in the lab. The danger is that we’re going to wind up with a bunch of thinly sketched “leap of the week” plots interlaced with the team working on unraveling the mysteries and neither part is really satisfying.

I think a new QL series has two productive directions to go in:

1) “We’re bringing Sam, home, dammit.” In the pilot we learn that although the QL project was nearly completely abandoned, a few people who care about Sam keep looking for a way to bring him back. After more than twenty years of slow progress, they think they can do it, but it requires one of them to leap, and, of course, something goes wrong, so now the series is following “Ben” or whoever as he keeps trying to leap to where Sam is so he can bring him back. If you need a complication: Ziggy is working against Project Bring Him Home and wants Sam to stay out there, doing what he’s doing. (Yeah, you’d have to retcon the original QL ending. No big deal: just have Sam, in the past, leave a message that the QL team gets, saying he wants to come home but can’t control his leaps anymore and needs their help. Heck, make that the opener: close-up in the present day as someone in a government lab opens a parcel that was sealed and paid for in 1978.)

2) Give the audience what they love. Just make more old school QL. New leaper, new hologram, but just repeat the formula. Straight up clone of the original.

I think either of those would have a shot at making. But if this new series doesn’t get much better really fast, it’s going to disappear and be forgotten. It’s destined to be the answer to a trivia question most people miss.
posted by Pater Aletheias at 5:17 AM on September 20, 2022 [5 favorites]

So... Live Aid as a destination for a time travel story? I guess I have seen enough time travellers turn up at Woodstock now that we have to begin moving past Boomer touchstones eventually.
posted by ricochet biscuit at 7:05 AM on September 20, 2022 [1 favorite]

While I haven't seen this yet, I get serious NBC-rebooting-Bionic-Woman-in-2007 vibes from what I've read. And I liked that reboot, but it had an unsustainable premise.
posted by Servo5678 at 7:07 AM on September 20, 2022

I like Randall Lee well enough, but I was always hoping they would remake this with a nonbinary androgynous person in the lead, so that they could play either gender without it being a gag.
posted by DirtyOldTown at 8:58 AM on September 20, 2022 [2 favorites]

Does this have the immediate failure vibes NBC non-comedies have had these past ten or fifteen years?

I feel like the entire vibe of NBC sci-fi dramas has settled into this rut where they either buy a second tier piece of dated IP or what might feel like a big event show premise (though it's usually undercooked) and then staff it with unexceptional writers, pleasant but not exciting stars, and then hope a big fat budget and some expensive marketing will make it land.
posted by DirtyOldTown at 9:05 AM on September 20, 2022 [4 favorites]

"Get in the van. Ben, go!" How about like get in the robot, Ben, amirite???
Anyway, agreed on the bad NBC dramas vibe, but I'll keep watching it and hope that it gets better (then goes on long enough to have Scott Bakula appear in it). This pilot felt rushed. Maybe they'll slow things down.

I'm curious to see the roles of Ben's fiancé and the lead programmer swapped. Ian Wright character seems like the more fun type like Al. The new hologram tricorder thing looks and sounds weak compared to the old one.
posted by dogstoevski at 5:27 PM on September 20, 2022 [2 favorites]

I was underwhelmed but I'm not sure what I was expecting from a network drama in 2022. Do I even watch any other network series anymore? I can't think of any.

I think I would prefer a more "pure" Quantum Leap structure without so much modern-day stuff BUT I also don't know if standalone episodes without an ongoing story/character arc would really hold my interest that much these days. That said, there are a lot of characters in the modern-day segments and the secrets behind the Project are making my eyes roll a bit.

I'm not sure I love bringing Al's daughter into it, though if she is continuing her father's job of trying to get Sam home, that might be interesting. But Dean Stockwell is gone and Scott Bakula is on the record saying he isn't coming back (though I'm still hoping that's a bluff, because of course I am).

But bonus points for the main cast being an Asian man, a Black man, a White woman, an Asian woman and a non-binary person.
posted by crossoverman at 8:15 PM on September 20, 2022

I just realized this morning - for all the focus on the reboot's QL team members, I don't think there was any mention of the person Ben leaped into being somewhere on-site in Ben's body. Al getting intel from the confused people finding themselves in Sam's body in the 'Waiting Room' (I forget if that was what it was called in the show or if that was a fan-fi convention, but I think that was what we called it back then) was a recurring plot point. Are they ditching it entirely, or did they just not have room for it in the pilot? Seems like they forgot about one of the bodies in the leap.
posted by oh yeah! at 5:40 AM on September 21, 2022 [2 favorites]

Part of what made the original so charming was the humor. This pilot seemed to forget that.
posted by obol at 12:11 PM on September 23, 2022 [1 favorite]

"We've switched the humor in the original with Folgers Ominous Music. Let's see if anybody notices!"

I watched this again last night, having missed the very beginning last week, and it was slightly better knowing more of the setup. Funny thing is that on Peacock, this first episode is followed by the original series, so if you just let it ride into the next episode, there's a marked change in tone.

The "back at the lab" procedural is so ingrained now that the remake may just slip in with the rest, but I think it's an uphill battle without a first-responder hook.
posted by rhizome at 4:17 PM on September 24, 2022

We watched this and it was okay. Not enough humor to give it the charm of the original, and the "What are Ben's hidden/forgotten motivations?" mystery is pretty easy to figure out.

I didn't hate it, which honestly might be the worst outcome. If I'd hated it, I'd be free. If I'd loved it, I'd be delighted. Instead, I liked it just enough to watch more, and I doubt that is going to end up time well spent.

So, uh apparently absolutely zero writers in the writing room have ever actually been within 2-3 feet of a wire shelving rack… the kind that is flat pack and is assembled by stacking shelves on poles…

It was… ok… honestly, I didn’t find the acting or charm any better than the original hokey premise (which I loved as a… 17-year old (really? I could have sworn this was on when I was younger)
posted by rozcakj at 7:46 PM on September 26, 2022 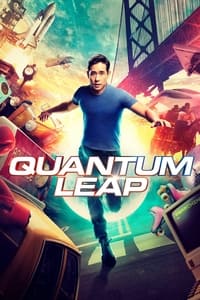