In 1987, Jordan Belfort (Leonardo DiCaprio) takes an entry-level job at a Wall Street brokerage firm. By the early 1990s, while still in his 20s, Belfort founds his own firm, Stratton Oakmont. Together with his trusted lieutenant (Jonah Hill) and a merry band of brokers, Belfort makes a huge fortune by defrauding wealthy investors out of millions. However, while Belfort and his cronies partake in a hedonistic brew of sex, drugs and thrills, the SEC and the FBI close in on his empire of excess.

Currently streaming in the US on Amazon Prime Video, Epix, Paramount Plus, and Showtime, Available for digital rental on multiple outlets. JustWatch listing.
posted by DirtyOldTown (15 comments total) 1 user marked this as a favorite
Well made movie, but just like Scorsese's mafia films, I can't shake the feeling that it glorifies scumbugs and holds them up as something to aspire to (no matter the 3rd act fall from grace)
posted by drewbage1847 at 9:18 PM on September 23 [4 favorites]

Yeah, I definitely felt like the "message" of this movie was, "Boy, wouldn't it be awesome to live a crazy life like this bro?"
posted by Saxon Kane at 10:05 PM on September 23 [1 favorite]

I beg to differ on that. Like GoodFellas' Henry Hill, the third-act fall from grace is telegraphed very early on; as smart as Belfort is, he's also the sort of guy who thinks it's fun to land a helicopter when he's drunk and/or wasted, and ultimately everything seems to go to hell starting when Donnie (who's basically kind of a mess from the get-go) gives Brad a bunch of shit during a money exchange, and Brad gets arrested. In fact, the really frenetic drug use and whoring that these guys do ends up seeming kind of desperate; it's like they're trying to cram as much as they possibly can into a relatively short time because they know that it can't last.
posted by Halloween Jack at 10:13 PM on September 23 [7 favorites]

I mean it's the same shit that annoys me about Augustine, yeah I lived the hedonistic lifestyle, it was awesome, but uhh actually not good, so you shouldn't do it. In this case it's not great what they are actually doing to other people, but the movie doesn't seem to think so until it's time to shoehorn the narrative in the last 3 hours. The rest of the time the narrative, camera and characters don't really support the moral that actually this is bad. Maybe it's in my own head, but I remember a strong difference in the filmmaking before they make their first money, it feel undersaturated and wan, and then it's all color and hype after.
posted by Carillon at 1:35 AM on September 24

I just want to note for posterity, this is the movie that, as of this month, contributed to the case that brought my former prime minister to jail :))))))))))))) so it's very on-theme!
posted by cendawanita at 9:11 AM on September 24 [7 favorites]

I get the critisism of both this and goodfellas on some level, but it just seems obviously wrong to me. The characters in both films are just so obviously repellent, and their lifestyle so obviously disgusting, I didnt really need a comeuppance to understand that.
posted by Cannon Fodder at 9:24 AM on September 24 [5 favorites]

cendawanita: ah, right, this thing. Riza Aziz has a co-producer credit on the movie, and Jho Low seemed to be emulating Belfort; your previous post also has this in a comment:

Also there was Jordan Belfort, the subject of "The Wolf of Wall Street," who had spent 22 months in prison for crimes related to a stock fraud scheme...

"'This is a f-king scam -- anybody who does this has stolen money,' Belfort told his girlfriend, as the music thumped. 'You wouldn’t spend money you worked for like that.'"
posted by Halloween Jack at 10:15 AM on September 24 [1 favorite]

The enjoyment of this movie was spoilt by the disgust at Jordan Belfort. A very primal emotion I realise. Not very intellectual.
I'm glad though I'm not the only one.
A lot of Scorsese movies glorify utter assholes.
The Aviator is for me an exception. Howard Hughes is complicated, not a nice man. But also an engineering genius with the means to make a difference. And watching Katherine Hepburn and Errol Flynn characters is a joy.
posted by jouke at 10:48 AM on September 24 [1 favorite]

The seemingly inevitable by-product of Martin Scorsese’s considerable skills as a filmmaker is that many of his movies become like instruction manuals of toxic masculinity. He works with amazingly talented actors, getting really nuanced and unique performances out of them. He has a keen eye for highlighting just the right details. His camera swoops and glides and the cutting is fast-paced but never confusing. His subjects, with the possible exceptions of Jesus and the Dalai Lama, are generally awful people, but he makes them look SO COOL in their awfulness. I don’t think it’s intentional, at all. It’s like the thing somebody said about how it’s impossible to make an anti-war film (was it Truffaut or Godard?) because movies glamorize whatever they portray. Anyway, Wolf of Wall Street didn’t really work for me, because I just found it so distasteful to watch this trashbag of a man in his downward spiral.
posted by wabbittwax at 1:49 PM on September 24 [3 favorites]

I think Scorsese thinks they are both cool and bad, in a way that to me just seems very Catholic. I do not really have the Catholic desire to care a whole lot about some dude's family woes and sins and redemption, those words are not in glowing sparkling letters for me, and so Scorsese movies fall flat to me.

It's not about whether I think these piece of art glamorizes or vilifies, one or the other -- it's that I just don't know if these movies are made with a moral language I respect.
posted by fleacircus at 3:35 PM on September 24 [2 favorites]

That’s fair assessment, I think. Scorsese’s Catholicism probably does lead him to be simultaneously drawn to and repulsed by sinful characters. It’s like another variation on the Madonna-Whore Complex, which also pervades his work.
posted by wabbittwax at 4:28 PM on September 24

I like Boiler Room better because it shows the victims of the stock scams. There's no McConaughey pounding his chest but there is Ben Affleck being the biggest asshole in the room.
posted by WhackyparseThis at 10:46 PM on September 24

The Irishman is in some ways a direct response to the idea that Marty glamorizes his protagonists. Frank is selfish, misanthropic, and nihilistic and also devoid of any charm whatsoever. He is a black hole of a man. And the movie takes great lengths to show that literally everyone Frank comes in contact with in the criminal world ends up dead or in jail or dead in jail. Frank is either lucky enough or vicious enough to be one of the only people in the movie who gets to die of old age. The retirement home isn't a punishment, and that's the whole point - even in the absolute BEST CASE SCENARIO the Scorsese career criminal ends up in the same exact place a normal civilian would, except with no left to care about you and no time left to find any meaning in life.

At the end of the day, Frank is the purest distillation of that archetype. I think to Marty he is the same as Henry Hill and Jordan Belfort. Maybe those guys had some more fun along the way, but the arc of their lives is the same. Everything they did was for nothing.
posted by JimBennett at 10:29 AM on September 25 [1 favorite]

Frankie Irishman isn't shown being particularly lucky or vicious, though he is cold-hearted (and like, damaged by WW2); what keeps him alive is his wishy-washy shifting loyalty, his agony of choice between his fire daddy and his ice daddy, and really that's what brings him to grief, not that he understands it; I'm not even sure if Scorsese fully knew what to do with it. That's about the only thing in that story, unless you're a glutton for mafia-related entertainment, or think "it is what it is" is crackling dialogue.

As much as I disliked The Irishman I do think it had more going on than this movie. The Irishman felt like a bleh story, poorly told -- whereas this movie is maybe better told, but is no story at all... I wonder if it catches criticism because it's so empty and centerless. Maybe people when they subconsciously ask themselves, like, what it was about? What did I just get out of my time watching it? What was supposed to be meaningful or enjoyable? All they can come up with is stuff like, well, it'd be nice to have a lambo and not wreck it like this idiot whose stupid life I don't give a shit about. Maybe it exposes the formula a little; without some missing element, some of the underlying flavors come out, and maybe they're not so good. IMO what dooms this movie doesn't involve the word "glamorize", it's that it maybe doesn't borrow gravitas from somewhere, or that it's not interesting, or that it's just not even any fun. So all that's left is: why? And there's no good apparent answer.
posted by fleacircus at 3:32 PM on September 25 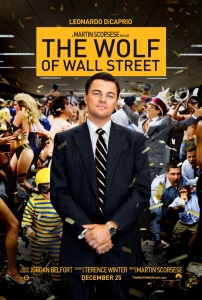