Well, that was a mixed bag of crazy. Sue finally gets fired from McKinley and gets a new job. Rachel debates what she's going back to in New York. Dalton is burned up and the Warblers are all adopted into McKinley but don't want to lose the uniforms. Will and Sue wear terrible hair wigs and sing "The Final Countdown" to an auditorium of disturbed children.


The school, the school, the school is on fire. Dalton, that is. Of course McKinley is delighted to welcome the entire Warblers into their school, despite Sue's objection. Well, they've definitely got over twelve members now and a supergroup...though the Warblers don't want to give up their uniforms. A compromise is reached in that everyone gets similar-to-Dalton-looking McKinley blazers instead.

So with a title like "The Rise and Fall of Sue Sylvester," you'd expect Sue to be finally Taken Down. Which she mostly is--after the superintendent finds her hurt locker and Penthouse spread, he fires her ass. Which is immediately followed up by a Geraldo expose. Even Becky hits her limit and dumps Sue. And Michael Bolton denies paternity of Sue's child. And her parents weren't actually Nazi hunters, they just didn't like her. (And yet, there has to be one last duet outta nowhere between Jane Lynch and Carol Burnett, even though Sue is traumatized by musicals and their lack of logic.) Only Will and Beiste will stand up for her. Whatever that means.

Does this crush Sue? I guess. Somewhat. She does burn her cheerleading memorabilia. On the other hand, she gets the Vocal Adrenaline coaching job and finally finds a team full of evil soulmates who like her punishing "you think that's hard?" monologues and training techniques. Sue will never die. Whatever.

Oh, and at one point she and Will sing "The Final Countdown" in flabbergasting wigs, and we have it confirmed that the crap we see on screen with amazing costumes and shooting smoke into the air is all in their imaginations, along with the imaginary guitars being smashed. The entire giant glee club stands there gaping in horror. Even Will is ashamed.

In other news, Rachel plans on going back to New York. But will she re-attend NYADA or take that role she auditioned for a few weeks back? This is left in the air. I don't think I care which one she does because she'll always come out on top anyway.

The Final Quotedown:
"Oh my god, they've gone crazy."
"We can't let this happen to us." --Rachel and Kurt
posted by jenfullmoon (4 comments total) 1 user marked this as a favorite
Oh, and I forgot to mention that THE ENTIRE ARTS PROGRAM will now die if Glee doesn't win sectionals. Why? Who cares, because they said so, because Ryan Murphy has no effing idea how to raise stakes beyond hitting that one again, or having Sue "ruin the Glee club" repeatedly. The Glee club is a zombie, yo.
posted by jenfullmoon at 10:26 PM on March 6, 2015 [1 favorite]

After the opening number, nearly half of the show was devoted to the expose of Sue, without any musical numbers...this show is supposed to be about the music, right? OK, it was great when they finally ended that with Sue and her mother singing The Trolley Song together, but it took far too long to get there.

Jane looked uncomfortable when the Warblers first joined the New Directions — as well she might, considering that when her character was first introduced, she was rejected by the Warblers even after being admitted to Dalton — but then it wasn't brought up at all. I would have liked for that to have been explored a little more.

And...OK, I know this is Glee, and if I'm expecting anything resembling plot consistency I'm watching the wrong show...but I found it more grating than usual when, in the scene immediately after the one where they remind us that the club is getting no school funds, and Rachel is paying for it out of her pocket, they resolve the wardrobe dispute with a whole new batch of McKinley-colored blazers for everyone.
posted by DevilsAdvocate at 10:31 PM on March 6, 2015

Why would someone who had been successful enough to star in a Broadway show and launch a sitcom need to go back to school?

I'm going to choose to believe that every intensely costumed Glee performance from the past is actually like the Final Countdown one.
posted by drezdn at 9:02 AM on March 9, 2015

Why would someone who had been successful enough to star in a Broadway show and launch a sitcom need to go back to school?

(a) She was a newbie star who prematurely bailed on her Broadway show, proving that she's a jerky flake who can't stick to shit or whatever with Broadway. (I'm guessing. I don't know squat about how forgiving that business would be.)
(b) The sitcom was the biggest bomb in history.

So...maybe it was kinda wandering into Katherine Heigl territory with those two moves totally tanking her.

As for going back to school, it's called "wound-licking," I believe. I can see why she wouldn't be getting roles--until this episode anyway.
posted by jenfullmoon at 7:23 PM on March 10, 2015 [1 favorite] 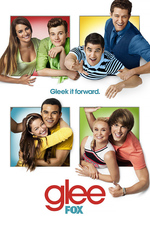