Opinions are divided above and below stairs when Tom and Mary open Downton to the public for a day in aid of the hospital. Carson has an axe to grind with Thomas.


Since there are so few episodes left to the series, every scene and line of dialog is being scrutinized.

Thomas is teaching Andy to read but their meetings are misinterpreted by the rest of the staff. He's also seen playing with young George so perhaps the much discussed urgency to find a new job won't be necessary.

A couple weeks ago, Mrs Patmore seemed to be canoodling with the local policeman but now it's Mr Mason who has caught her eye, much to Daisy's dismay.

Pregnant Anna is not feeling well so Mary carts her off to London. It's nothing serious because what it is, is an excuse for Mary to meet for dinner with Henry Talbot... and Evelyn Napier (did he even have a line of dialog? I think JF was just toying with us; apparently there is a large fan contingent which thinks Mary should end up with him)

The hospital issue is grinding to a close. Robert would not have survived a trip to York so that's a point for the local hospital. Now Cora has been asked to run it instead of the Dowager who is predictably outraged at being replaced.

The Abbey is opened to the public for a day with the family pressed into service as tour guides who amusingly can't offer much information about the paintings or family history. It also provides Daisy with the opportunity to spout off more drivel.

Carson continues to expect Mrs Hughes to whip up a gourmet meal at the end of the day in another dull storyline. Elsewhere it was pointed out how much Mrs Hughes gave up by moving out of the big house. Basically, she would have been served by lower level staff cleaning her room and bringing her tea etc. Now presumably she has to do her own housework and wait on Carson.

Well it definitely looks like it's going to be driver dude as the new man then, with quite a clumsy 'get over Matthews's death' bit thrown in.

Driver man also feels like Mary's least convincing relationship, to me. Both tweedle dee and tweedle dum from seasons 4 and 5 were more convincing, I suppose because they were at least on screen more often.

Is it just me or are Evelyn Napier and Edith's new guy practically twins?

Also, the Branson line: "Who is this flexible and reasonable person? I don't recognize my own dear sister Mary." Heh.
posted by lullaby at 7:41 AM on October 30, 2015

The bit with the family upstairs talking about how big houses are dying our, and the staff downstairs discussing the same, seemed too pat. Would families like the Crawleys really have understood that their clock was ticking? (Is the clock really ticking? We still seem to have Important Families nowadays, although most are Important for a particular reason, rather than having Always Been Important.)

I love Carson's loyalty to tradition, but his smug mug needs a good punching. Please let Mrs. Hughes be up to the task.
posted by Liesl at 7:26 AM on February 8, 2016 [1 favorite]

I secretly hope Racing Car Guy dies in a car crash and the series ends with Mary alone and sad.
posted by zompus at 9:15 AM on February 8, 2016 [1 favorite]

The way the family knew next to nothing about the details of the house was telling.

Poor Barrow. I'm annoyed at the misunderstanding plot of having Patmore and Carson catch him and Andy looking "compromised," but fine as long as they don't drag it out. Between treating his new wife like a maid and being an asshole to Thomas I'm about ready for Carson to have a coronary and die.

Just, please let's not have Thomas's story end in hopeless suicide, which is where I fear they could be headed with that last shot of him sobbing. I mean, ok, for the era I guess suicide might be a likely end but I would really hate to see that cliche again.
posted by dnash at 10:08 AM on February 9, 2016 [1 favorite]

Right about now Mrs. Hughes is regretting the FUCK out of marrying Carson Get your own damn lemon.

What is Daisy's problem with Mr. Mason mixing and mingling with folks at Downton? Is he her personal property to be put quietly away until she can take him out to play? Let him and Mrs. Patmore have a bit of fun.

Thomas...surely there's more that he can do that's not being a butler. Perhaps a floor walker in a department store, or head waiter somewhere tony. Broaden the search dude!
posted by Ruthless Bunny at 11:09 AM on February 9, 2016

Thomas should do what us queers have always done: flee to the big city. London must've had a big underground gay scene in the 20s, right? Or he could get ambitious and go to Berlin and meet Christopher Isherwood and the real Sally Bowles.
posted by dnash at 12:33 PM on February 9, 2016 [1 favorite]

I'm feeling sorry for Thomas, dammit. His inability to find a job is waaaaay too reminding me of now.
posted by jenfullmoon at 9:52 PM on February 14, 2016 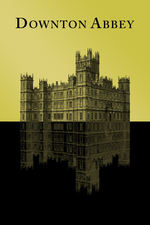