Empire: American POWs Price and Duke become convinced that there is a spy in Barracks Four when another escape attempt is thwarted by German commandant, Von Scherbach (Otto Preminger). However, unpopular wheeler-dealing loner J.J. Stratton refuses to play the patsy and exposes the traitor before embarking on his own bid for freedom.

Having walked out during the first act when he saw Donald Bevan and Edmund Trczinski's play on Broadway, William Holden initially rejected Billy Wilder's offer to star in this screen adaptation. But, such was his trust in the director who had resurrected his career with Sunset Blvd. that, after Kirk Douglas had turned it down, Holden took the expanded role of the self-serving Sefton and won himself an Oscar for his efforts.

The Guardian: Wilder takes the Broadway play, as well as the genteel camaraderie familiar from the British POW films, shakes it all up, makes it tougher, funnier, cruder and subtler. An opening scene of two escapees being machine-gunned in cold blood by German guards is soon followed by mud-splattered, unshaven US prisoners ogling female Russian soldiers through a telescope as they’re being deloused in another barracks a couple of hundred yards away. The gross humour and the harsh seriousness is made all the more disturbing by Wilder, the Austrian émigré who lost many relatives in the Holocaust, serving up comic-strip anti-Nazi jokes (for instance, a whole barrack room imitating Hitler) without referring to the fact that virtually all the American prisoners are recognisably New York Jews.

“I think I improved it 100 per cent, if I say so myself,” Wilder recalls in discussing the way he largely rewrote the play. The result was a major success, a fascinating movie that brought an Oscar to William Holden as Sgt Sefton, the cynical loner suspected of being the German spy, and a best director nomination to Wilder, who called it “one of my favourite pictures”. Otto Preminger, Wilder’s fellow Viennese Jewish refugee, sends up his own popular image as the outrageous camp commander with a comic portrait to stand beside Erich von Stroheim’s stern, monocled Aryan General Rommel in Wilder’s wartime film Five Graves to Cairo.

Film School Rejects: As for the details, the score elevates the atmosphere and haunts the movie with that rousing rendition of “When Johnny Comes Marching Home Again.” The song is used in multiple ways, either to display the likelihood that the men won’t be marching home, the joy of a triumph within the camp, and most ingeniously when Sefton clandestinely spots the real snitch passing information. It’s an intense song of loyalty set behind a scene of the utmost betrayal.

The other two small points that round of the perfection of this movie are 1) the casting of director Otto Preminger as the camp’s commandant Oberst von Scherbach and 2) the inclusion of German dialog without subtitles. In two moves that came long before Tarantino used them in Inglourious Basterds — Wilder decided to cast a known director in a co-starring role and to trust American audiences to catch the body language and context clues enough to allow German characters to speak their native tongue. Plus, the casting of Preminger (an Austrian Jew) as the evil Nazi commandant is an added bonus joke against the Nazis.

Senses of Cinema: Beneath the elements of the film we have just discussed lies an even more pessimistic subtext, one that goes to the very heart of the issues raised by the ascent of the Nazis. The fundamental question asked again and again since full public understanding of the degree and scope of the horrors of the Holocaust, has remained the same. How could this have happened in a supposedly civilized culture? – How could the German-speaking world of Mozart, Bach, Beethoven, Kant, Goethe, Mahler, and Freud have descended into such evil? Is there some fatal flaw in the German nature? Did an entire culture go mad?

Wilder gives us his answer in the structure of this film for the story of Stalag 17 is the story of Germany’s scapegoating of the Jews. As he presents it, however, it is the Americans who descend into mindless prejudice, with the Germans playing the role of the Allies after World War I. Like the Germans after Versailles, the American prisoners have been transformed overnight from a proud and autonomous people into losers oppressed and humiliated by their worst enemy. Their earlier prosperity and social order have been destroyed by defeat. Cut off from their traditional leaders, the Americans must live within a power structure which is externally imposed by conquerors who wish them to remain weak and leaderless.

Screenplay
posted by MoonOrb (3 comments total) 4 users marked this as a favorite
The guys who play Shapiro and Animal are the textbook definition of working actors. They were everywhere, esp. on TV during that time. Always makes me smile when I catch a glimpses of them in some unexpected place when watching some old show with my Dad.
posted by .kobayashi. at 1:47 PM on June 12, 2016

I think the Senses of Cinema article is spot on about the "leveling effect" as demoralization in the movie, and I've never noticed before how one can read this in a conservative, almost reactionary way. But then there were many Austrians, especially Austrian Jews, who longed for the old empire under the Kaiser, when they could (at least theoretically) be subjects of the cosmopolitan empire like any other person, rather than semi-stateless scapegoats in a new Eastern European order that was all about ethnic nationalism.
posted by Hypatia at 7:23 PM on June 16, 2016

Currently available to watch for free in the US via Tubi.
posted by brainwane at 8:30 PM on November 30 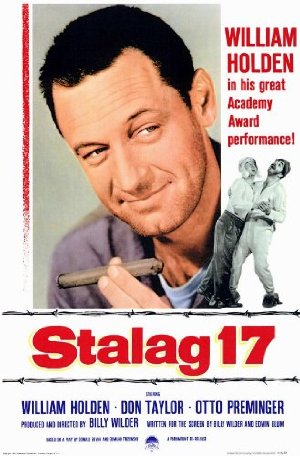