The Scotsman returns, to face Aku with his own army of daughters. Elsewhere, Jack returns to a village he saved once before, and is now asked to save the children, who were kidnapped by Aku's minions.


Expanded summary that would otherwise spoil past episodes, for the sake of those skimming the series, but doesn't spoil this episode:

Ashi asks Jack to prove that Aku is as evil as he says, which leads them to the ruins of a village where the children have been taken by Aku's forces. Jack and Ashi run to free the children, but face challenges.
posted by filthy light thief (2 comments total) 2 users marked this as a favorite
oohh.. that was rather dark. and hopeless. that's not to say i didn't love the episode, however. it's all amazingly beautiful and rich and gripping. and, yes, even funny, even at its darkest (hey, melaise!). it's strange to see aku, evil incarnate, as a comic relief, though; he's always been sort-of-fun, but not in a similar manner. now he's the bright light in the show (a few episodes back there was a psychotherapy session of aku analyzing himself which was hilarious); whenever he appears, you know you're in for a laugh. everything else, though - aku's devastation - is, well, devastating. i don't know where i'm going with this but it's weird him being the entertainment and distraction from desolation.

i'm also afraid of what's going to happen in the next episode, with it being the time and all. is there hope? i don't know. i need to watch something cheerful now.
posted by sapagan at 10:42 AM on April 17, 2017 [1 favorite] 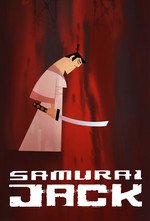