In the early nineteenth century, a series of murders took place in and around London which shocked the whole of England. The appalling nature of the crimes―a brutal slaying in the gambling netherworld, the slaughter of two entire households, and the first of the modern lust-murders―was magnified not only by the lurid atmosphere of an age in which candlelight gave way to gaslight, but also by the efforts of some of the keenest minds of the period to uncover the gruesomest details of the killings.


These slayings all took place against the backdrop of a London in which the splendor of the fashionable world was haunted by the squalor of the slums. Sir Walter Scott, Lord Byron, Thomas De Quincey, Thomas Carlyle, and Percy Bysshe Shelley and others were fascinated by the blood and deviltry of these crimes.

In their contemplations of the most notorious murders of their time, they discerned in the act of killing itself a depth of hideousness that we have lost sight of, now living in an age in which murder has been reduced to a problem of social science and skillful detective work. Interweaving these cultural vignettes alongside criminal history, acclaimed author Michael Beran paints a vivid picture of a time when homicide was thought of as the intrusion of the diabolic into ordinary life.
posted by Homo neanderthalensis (3 comments total)
I debated posting this one. I only bought it because I had a gift card and it was on sale. I now know why it was on sale. If you really want to read this one- patronize your local library. But I promised myself I'd post every book of my backlog I finished- so here it is. I am genuinely interested in not murder, but what murders fascinated past peoples. When you consider that today is the safest children have ever been, and yet parents are terrified of letting children walk to a corner store- you get a glimpse of something in our society. It is the same in past times, and past cultures, where the crimes that get widely reported on reveal something of the character of an era. And to the author's credit, these crimes are ones not widely known to today- I'd never heard of them, and they were interesting if brutal. And yes, reading about how the intelligentsia of the era reacted to these crimes was an interesting insight. But the prose. IS SO PURPLE. I wanted to track down the author and throw the book at him. Not to mention out of nowhere towards the end he starts criticizing the modern view of compassion towards criminals and the trend of focusing on early childhood intervention to reduce later crime... It's like he wants to use past crime and punishment to dunk on the libs? The focus on "Evil is real the Tory's were right about criminals in 1830whatever" was real weird for a guy who was born in Dallas. Or maybe not. Anyways this book is frustrating in a lot of ways because there is a real interesting and relevant story about these past sensational crimes that could have been told, and instead we got a book by a guy whose prose is fucking lilac. Acclaimed author my foot.
posted by Homo neanderthalensis at 8:57 PM on May 26, 2019 [5 favorites]

Thank you for the review. Sounds like the kind of book I would like so you saved me from painful prose. Have you read The Invention of Murder?
posted by miss-lapin at 10:31 PM on May 26, 2019 [4 favorites]

Oh yes I have! A far superior book to be sure. But I expect nothing less of Judith Flanders.
posted by Homo neanderthalensis at 7:23 AM on May 27, 2019 [1 favorite] 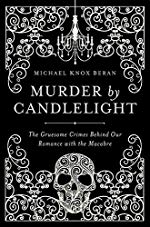