Rayna and Deacon face a new normal with Maddie now back home and Highway 65 struggling financially. The shocking news about Juliette creates a wave of emotions throughout Nashville and sets Rayna off on a journey of discovery. // Rayna approaches Deacon about making a concept album together. Scarlett can't bring herself to trust in Gunnar after all that's happened. Juliette seeks out her guardian angel.


The show is back, now on CMT. Edward Zwick and Marshall Herskovitz have taken over as show runners, but the first episode of the season was directed by Callie Khouri, the creator and original show runner.

The cast has been pared back a little (no more Luke or Layla, although both are seen in the "Previously On" before the episode).

A single post for two episodes because they aired together.
posted by jimw (5 comments total) 1 user marked this as a favorite
I used to get CMT, but sometime recently Comcast removed it from my plan and made it part of the sports-channel bundle. I might be able to watch the episodes via On-Demand, but after reading the AV Club recap, I think I'm done. It sounds like everyone is all fighty again for drama's sake?

I liked the happy endings everyone got in the season 4 finale (even Avery/Juliette, since the plane crash wasn't yet canon), I don't think I want to get back on the roller-coaster. So, I think I'll just wait it out until I hear how the season/series ends and hope it comes back to Netflix again someday.
posted by oh yeah! at 4:33 PM on January 8, 2017

Of the good: the show finally addressed that Rayna is a terrible businesswoman and Highway 65 is a vanity project. And the show remembered that Deacon and Rayna are supposed to like each other.

Of the bad: pretty much every other plotline. Maddie is still being a pill, Scarlett seriously needs to just go to therapy and get over herself already, and Juliette's magical survival was just so unnecessarily impossible and dumb. I'd rather that she decided last-minute to drive, or something, or the plane landed just fine. I'm not sure how this really moves her beyond the attempted suicide on the rooftop, character-development-wise; it just strained all credulity and is introducing Religious Black People With Amazing Voices in a kind of skeevy way. Rhiannon Giddens likely deserves better in a role.
posted by TwoStride at 4:40 PM on January 8, 2017

I was surprised that the move from broadcast to cable didn't seem to impact the show as much as I expected. I didn't follow any news about the show between seasons, but I had somehow gotten the idea that Connie Britton's role would be reduced. Sure doesn't look like it so far. I also expected Will to disappear. Is the CMT audience going to accept a show with an out gay character committing to a relationship?

The writing and performances were pretty much on par for the show. I think my favorite scene was with Scarlet and Deacon. They banter and push each others buttons well.

I liked that if focused on the characters we actually care about, and didn't introduce scheming businessmen, corrupt politicians, etc.
Plus, there was some music. And song writing. Need more of that.
posted by signal at 8:29 AM on January 16, 2017

Plus, there was some music. And song writing. Need more of that.
This. Maddie and Daphne sound great together as do Gunnar and Scarlet, and Hallie sounds great on her own. Deacon's song was an absolute cracker. Not so keen on the Will sound.
Some bits - The sole surviving Juliette plane crash was great because it gave Avery the opportunity to tell her to 'do the aeroplane' when she's trying to feed Cadence. Who blows out someone else's birthday candle?
posted by unliteral at 5:22 PM on March 7, 2017 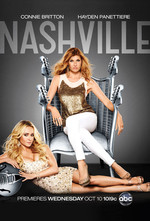