Madison-Fox and Richard continue their murderous ways. Gary reveals himself to Jack. Jack plays at being a peeping tom.


What we found out:
Marcus Fox was some type of serial killer.

The cop who arrested Jack was the same cop who found Fox's Basement O' Bones. I'm so shocked at this incredible and convenient coincidence.
‎
Jack knows how to correctly use the phrase "couldn't care less."

Gary Fisher who last week was a competent, level-headed, lawyer is now an unwashed, paranoid, unemployed shut-in after witnessing one death. The show wants us to believe the shut-in part is new. Somehow he was able to play sane all this time?‎ Please. He's also conveniently rooming across the hall from Rose.

Yes, Rose is Amy. A big reveal for Jack but the audience already knew this two episodes ago.

What the hell is crown molding?

Madison-Fox kills again. Her inappropriate comments are growing on me. Also, dude totally deserved it with his rant about Madison's tone.

Fisher can see another soul in his daughter's eyes. This is the "ghost machine?" You don't see ghosts running around but through the eyes of people? And it makes you nauseous. Whatever. ‎

Richard has a fucking gigantic weak spot: doe-eyed little girls. She's a stone-cold killer, dude. Get it together. You killed your mentor but this you can't do? Weak, dude, just weak.

The process so far as I understand it: you die, wait for a body to be born, pop into the body along with a fresh soul but lie dormant, the old soul can be recovered through memory triggers or willpower, each body has only two souls, and there's some technique for finding out where an old soul ended up. ‎

Problems: there are trillions of dead, how do you get to the front of the queue as an old soul? How exactly do you find an old soul if they can be anybody? The show is too slow. Much too slow. ‎

Apparently somebody read Peter F Hamilton's Night's Dawn trilogy but forgot the exciting bits. ‎
‎
posted by Ik ben afgesneden (3 comments total) 1 user marked this as a favorite
This actually reminds me of 2 works by Ramsey Campbell: The Doll Who Ate Its Mother and the Parasite. They are, in essence, the same story with slight variations. The first involves a cult leader who believes his soul can be reborn intact (with all adult memories) and the second is the same idea only with Hitler instead of a cult leader. Both of those stories suggested this was possible if you practiced certain arcane and pagan rituals and even then the whole thing can go pear shaped. This would make more sense if applied to this show-it would suggest that souls COULD be reborn and dominate the "host soul" of another being, but it's not a given thus only the chosen few would practice this art and keep it secret.

The suddenly haunted unemployed lawyer was also very.....jarring. I was like "Wait...WHAT?"

One point you forgot is that Richard makes it clear that Gary is being kept alive for some reason. There's some larger plan that involves Gary and thus his life is sparred.

The pace doesn't bother me as much as the inconsistencies. Still, it's better than the Strain so...
posted by miss-lapin at 6:46 AM on September 25, 2014

Regarding Gary being kept alive, I think it was just sentimentality on Rose's part since she called and told Jack that he was only alive because of "his wife" and then sends Frank to kill him.

I will take a look at Ramsey Campbell. Sounds interesting.

You should absolutely check out Hamilton's Night's Dawn trilogy. The dead are actually in a parallel universe and somebody stumbles across a method for them to cross back over into our reality. As I recall, they use the body of living people and struggle amongst themselves over who gets to return.
posted by Ik ben afgesneden at 8:12 AM on September 25, 2014 [1 favorite]

If you do Campbell, just pick one as they are essentially the same story. I'm in the middle of slogging through freshmen papers (oh.the.pain) so I'll check out the Night's Dawn trilogy over winter break.
posted by miss-lapin at 1:27 PM on September 25, 2014 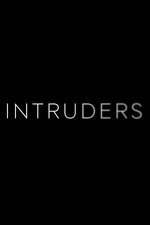